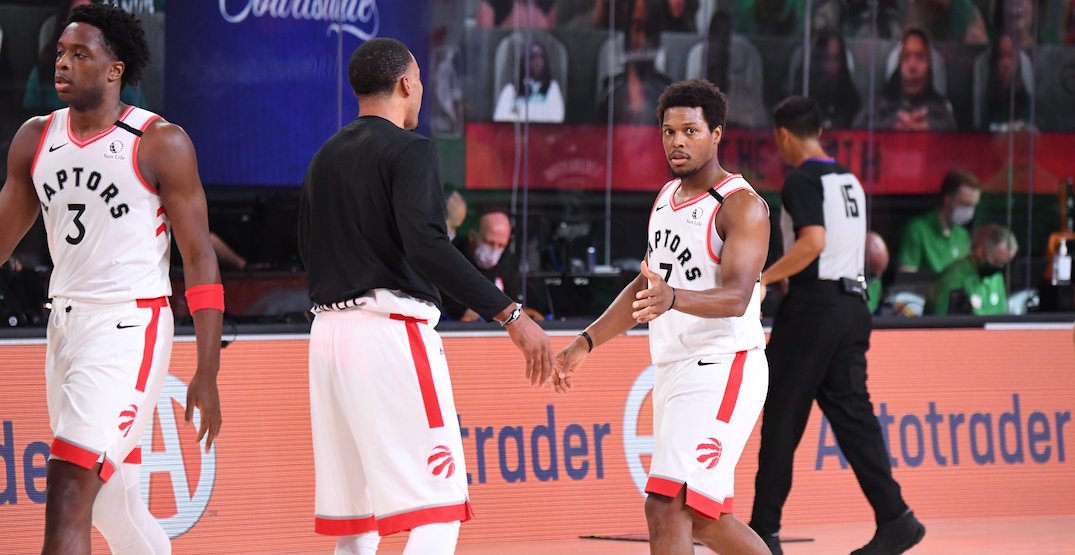 There’s no shortage of American cities hoping to lure the Raptors to their arenas next season, but Canada’s team prefers to continue to call Toronto home.

Canada’s 14-day quarantine rule for incoming travellers has made life difficult for pro sports teams north of the border, who regularly travel in and out of the United States during their seasons. The Raptors held their training camp in Florida last summer because of it, while the Toronto Blue Jays played home games in Buffalo. Canada’s three MLS franchises were also forced to call cities in the United States home for the bulk of their seasons.

With the NBA season set to begin on December 22, the Raptors are still looking for approval from the Canadian government to do something that hasn’t been allowed since the start of the pandemic. They want to host games in Canada while also allowing cross-border travel for the duration of the season for themselves and their US-based opponents.

“That’s our goal, is to play here in Toronto,” Raptors president Masai Ujiri said in an interview with CBC Radio on Thursday. “We understand how difficult this is. We understand that we have to be very sensitive to the pandemic, and we respect public health.”

In order to proceed with their plan of hosting games in Toronto, a Government of Canada spokesperson tells Daily Hive that the Raptors need a “national interest exemption.”

“Our priority is to protect the health and safety of Canadians,” said the spokesperson from Immigration, Refugees and Citizenship Canada. “The resumption and continuation of professional sports activities in Canada must be done in a way that mitigates the importation and spread of COVID-19 in Canada.

To be considered for a national interest exemption, the NBA must have in place a “comprehensive public health plan” that requires all players, staff and third-party personnel comply with “rigorous public health measures.”

The requirements of the Canadian government include:

The Minister of Immigration Refugee and Citizenship has granted quarantine exemptions on national interest grounds twice before. The Toronto Blue Jays were allowed to train at Rogers Centre prior to the start of the MLB season, while the NHL was permitted to hold Stanley Cup playoff games at Rogers Place in Edmonton and Scotiabank Arena in Toronto.

In both of those cases, players and staff were permitted to enter the country once without quarantining for 14 days, in part because they didn’t come into contact with the rest of the community. The Blue Jays formed a bubble by staying at the hotel attached to their ballpark, while the NHL formed an air-tight bubble with adjacent hotels in Edmonton and Toronto.

The Blue Jays were unsuccessful in their attempt to host regular-season games at Rogers Centre, though, despite the fact that their plan called for all teams to remain in the ballpark bubble by remaining at the attached hotel.

The Government of Canada is currently reviewing an exemption request for a “pre-playoff training plan” from Major League Soccer, as Toronto FC and the Montreal Impact prepare for playoff games later this month.

If there’s any pro sports league that could gain the confidence of the Canadian government, it might be the NBA. Other leagues followed the lead of the NBA, which was first to shut down operations at the start of the pandemic back in March. The league also successfully returned to play in the summer, as the Orlando bubble did not produce a single positive test.