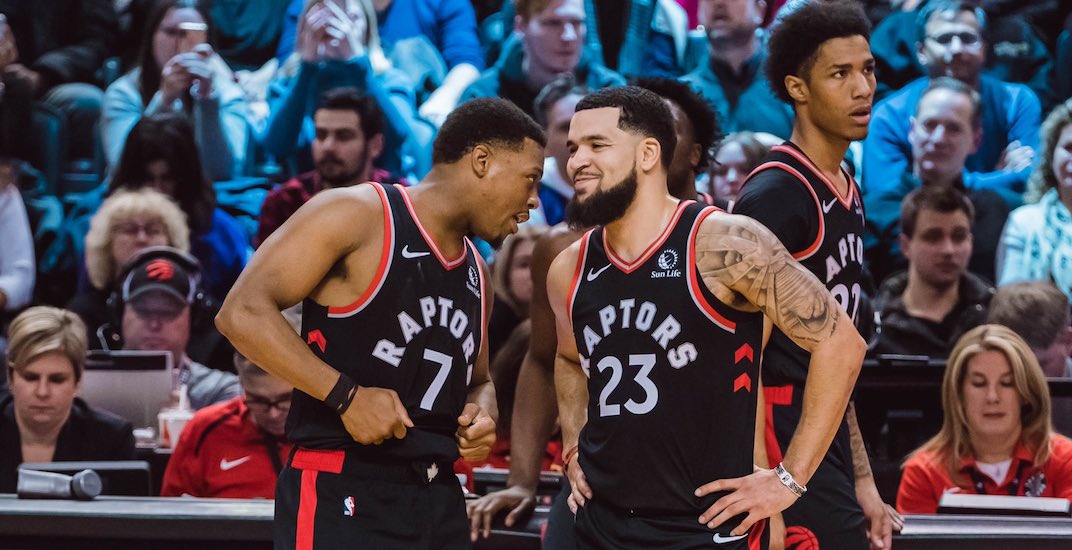 Another city has joined the list of potential homes for the Toronto Raptors next season.

Following reports that Louisville and Kansas City were being discussed, the Raptors have spoken to operators of the Prudential Center in Newark, New Jersey, according to a report from Stefan Bondy of the New York Daily News.

Home to the NHL’s New Jersey Devils and NCAA basketball’s Seton Hill Pirates, the Prudential Center also briefly served as home to the NBA’s New Jersey Nets before they moved to Brooklyn in 2012.

The Raptors are having to prepare to find a new temporary home in the United States for next season, in the event that Canada’s 14-day quarantine law prevents them from hosting games in Toronto. Another option being discussed is for the Raptors to play in nearby Buffalo, just as the Toronto Blue Jays did this past season.

While Kansas City has the enthusiastic support of its mayor and Chiefs quarterback Patrick Mahommes, no other location can compare to Newark in terms of geography.

From Newark, the Raptors could actually drive to games for three of their four divisional rivals (New York, Brooklyn, and Philadelphia), while Boston would be just a short one-hour flight away.