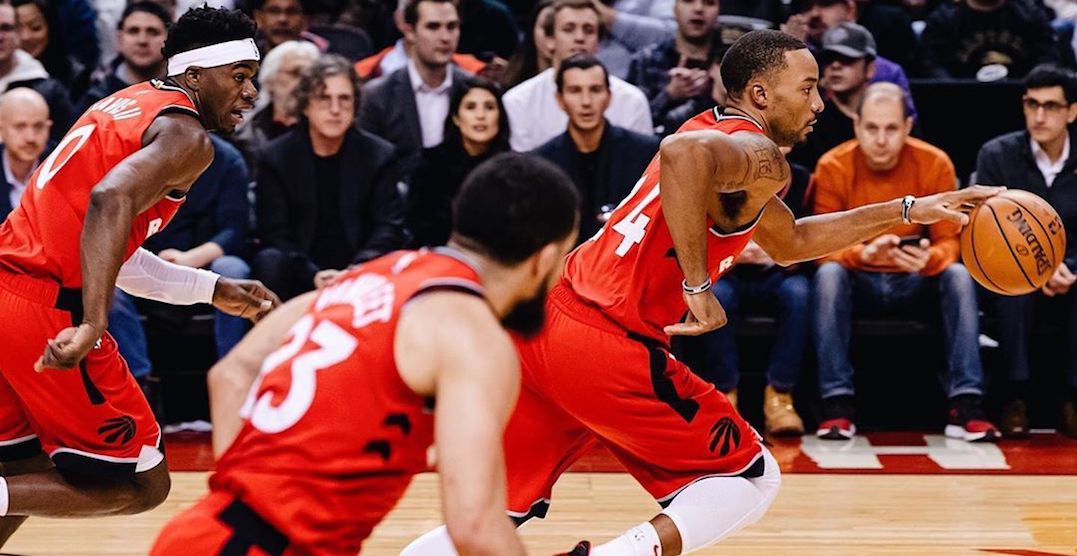 If the NBA is able to resume its season this summer, there’s a strong chance of a playoff matchup between the Toronto Raptors and the Memphis Grizzlies.

ESPN’s Brian Windhorst discussed what the league’s return to action might look like, as well as the potential location. He was joined on his podcast, The Hoop Collective, by ESPN’s Tim Bontemps and Bobby Marks.

As far as a format goes, the insiders agreed that a 16-team playoff would be the best decision.

“Any rational person who looks at this with a level head is going to say that this needs to be a 16-team playoff scenario,” Windhorst stresses. “It’s half the people you gotta protect; half the chances of people getting infected.”

Another option would be a hybrid model including anywhere between 16 and 30 teams. Similar to European tournaments or the Olympics, this would include a round-robin bracket with the top teams moving forward.

At the end of the day, a 16-team format still appears to be the most viable option.

“The easiest thing for the league is to keep it simple,” Windhorst said. “We’re basically in survival mode right now to try and salvage some type of playoff here, to crown a champion,”

“Going from 30 teams to keeping it simple at 16 teams and mitigating against risk and disaster is the best solution going forward.”

The format would be organized by overall standings in the league. If passed, it would see the third-seeded Raptors face off against the fourteenth-seeded Grizzlies.

Talked at length with @WindhorstESPN and @TimBontemps on why the below format would make sense if only 16 teams:

Toronto has yet to face off against Memphis in the 2019-20 season. The two teams were scheduled for a pair of games in late March before the season was put on pause. Similarly, the Raptors only played the Grizzlies twice in the 2018-19 season, winning both games.

“That’s a delicious series if you ask me,” adds Windhorst.

As far as locations go, the three insiders suggested Orlando as the main target.

“It looks like it’s going to be Orlando and Orlando only,” Windhorst adds.

Insiders have previously cited the Walt Disney Resort near Orlando, Florida as the main, centralized location for the remainder of the NBA season. There are 12 basketball courts located at Disney’s ESPN Wide World of Sports Complex, two of which are broadcast-ready.

Not to mention Disney World sits on approximately 40 square miles of land, with 25 hotels on the property.

Bontemps hints that while the league continues to move towards a solution, June 1 appears to be “the target date.”