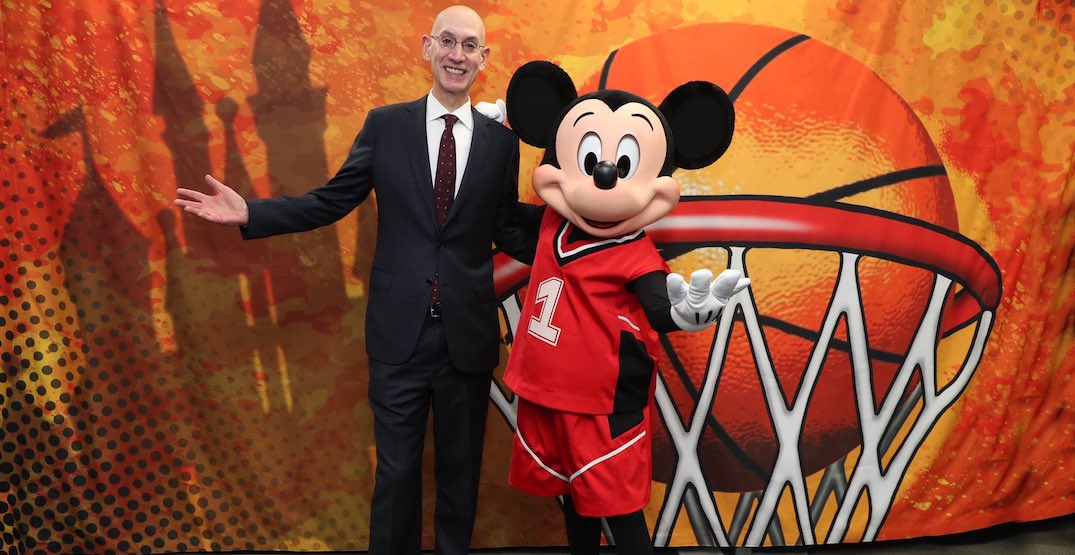 If the NBA is able to resume its season this summer, it could take place entirely within the walls of the Magic Kingdom.

This is according to the Athletic’s NBA insider Shams Charania, who is reporting that all 30 teams could play the remainder of the season at Walt Disney World Resort near Orlando, Florida.

It’s not the first time that a centralized location has been discussed, with Las Vegas previously mentioned as an option.

And once you get past images of Mickey Mouse and Donald Duck, Disney World actually makes a lot of sense.

There are 12 basketball courts located at Disney’s ESPN Wide World of Sports Complex, and two of them are broadcast-ready.

Any return-to-play scenario will have to involve some level of sealing off players, staff, and officials from the rest of the world to reduce the chance of anyone contracting the virus.

Disney World sits on nearly 40 square miles of land, and includes 25 hotels on its property. So it would be a way to limit exposure to the outside world, without necessarily requiring players to be cooped up in their rooms all day.

But while the NBA is aiming to reopen practice facilities next week, most of the return-to-play plan is outside of their control. The better the virus is contained, the safer it will be for players to return to the court.