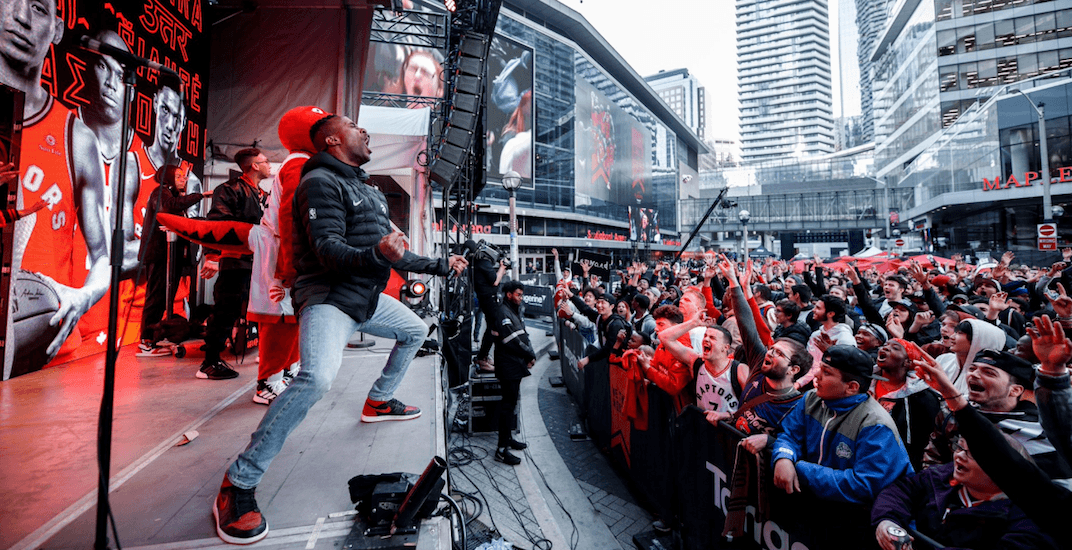 An outdoor viewing party to cheer on the Toronto Raptors could soon be coming to Vancouver.

Vancouver city councillor Michael Wiebe says he’s working on it, with screens likely set up outside the Art Gallery.

Working on a Jurassic West for the finals in Vancouver. #WETHENORTH https://t.co/whiJWqJJ7j

The potential event would be a free outdoor, all-ages event with stages and food trucks, likely fenced in for security reasons, Wiebe has said in interviews.

Wiebe appears to have designs on replicating a piece of the enthusiasm we’ve seen at ‘Jurassic Park,’ outside Scotiabank Arena in Toronto. It’s something Vancouver has considered doing before, but ultimately decided against for the Conference Finals in 2016. Terry Fox Plaza, outside BC Place, was the venue being considered then.

Vancouver leads all Canadian cities on the #WeTheNorth playoff bandwagon, according to Twitter. pic.twitter.com/vJXm6EG1fu

The Raptors have developed a national following in recent years, helped by having a successful team, the ‘We the North’ campaign, and scheduling preseason games across the country. The Raptors have held training camp in British Columbia (Vancouver and Victoria) in each of the past five years, including four sold-out preseason games at Rogers Arena during that time.

Shark Club was packed and the Cambie has zero seats left in case you’re wondering if Raptors Fever has made it all the way to the Pacific.

Interest in the Raptors has never been higher locally, with bars filling with fans cheering on Canada’s lone NBA team in increasing numbers during the playoffs. There are similar scenes taking place all over the country, as Canadian NBA viewing records have been broken multiple times during this run the Raptors are on.

It’s true – the live broadcast of the @NBA Finals are coming to Springer Market Square in #ygk. Join us at 9 p.m. on Thursday for Game One, @Raptors versus Golden State. More details coming soon (we promise!) #WeTheNorth

Organizers will need to work quickly, because the NBA Finals begin on Thursday in Toronto.