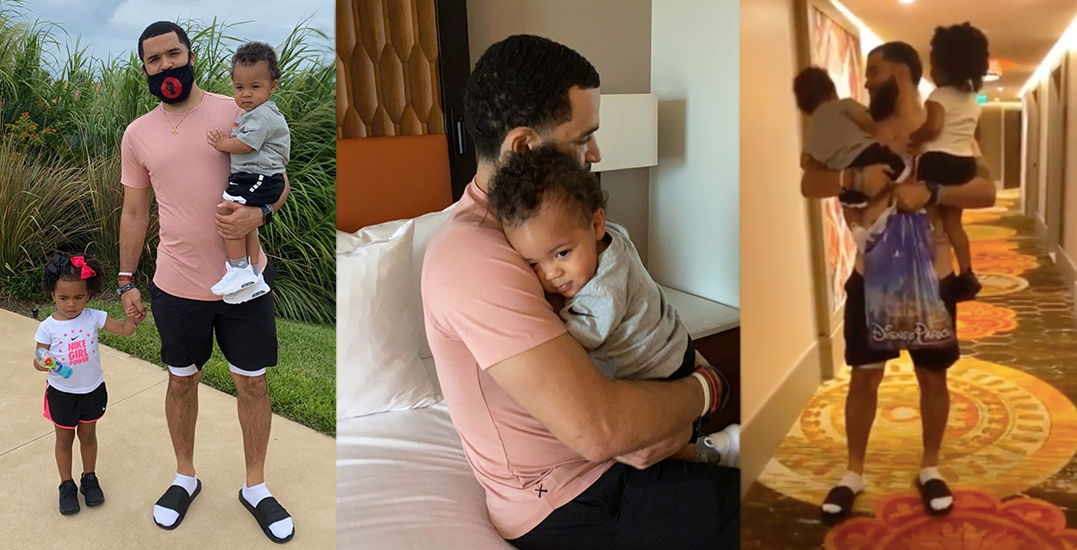 NBA players reunited with their families on Monday and as expected, it was full of heartwarming moments.

For most players, it was the first time seeing their loved ones since they entered the bubble in early July.

Toronto Raptors point guard Fred VanVleet told reporters that it would be the first time he saw his girlfriend and kids since Father’s Day.

“The last time I saw them was Father’s Day.”

Raptors’ Fred VanVleet is looking forward to having his family join him in the NBA Bubble today: pic.twitter.com/1GVsp5pNGB

“I’m just excited,” he told reporters earlier on Monday. ” I miss my family, family is huge for me… I think the last time I saw them was Father’s Day.”

Fortunately, VanVleet’s partner — Shontai Neal — captured the moment he was reunited with his kids and, well, you might want to have some tissues ready.

VanVleet also told reporters that the reunion comes at a crucial time — the Raptors opened the second round with an ugly loss to the Boston Celtics, dropping the game 112-94.

“It’ll be good to see everybody and right on time after getting our butts kicked yesterday,” VanVleet said.

“That’ll kind of take my mind off it for a little bit today and then I’ll get prepared and get locked in for the game tomorrow.”

According to ESPN’s Brian Windhorst and Tim Bontemps, the NBA’s Health and Safety Protocol allows for guests to enter the bubble after the first round of playoffs is complete.

“Each of the eight remaining teams will be allowed to reserve between 15 to 17 hotel rooms for player guests,” say Windhorst and Bontemps.

Players are required to pay for the rooms of their guests, however, and each visitor is required to undergo a number of health and safety precautions.

Specifically, guests are required to self-quarantine for a week and must test negative  for a number of days before entering the bubble. Once they’re in, they need to quarantine again and “be tested every day for four days.”

With any luck, the much-needed reunion adds some spring to Toronto’s next match against Boston.