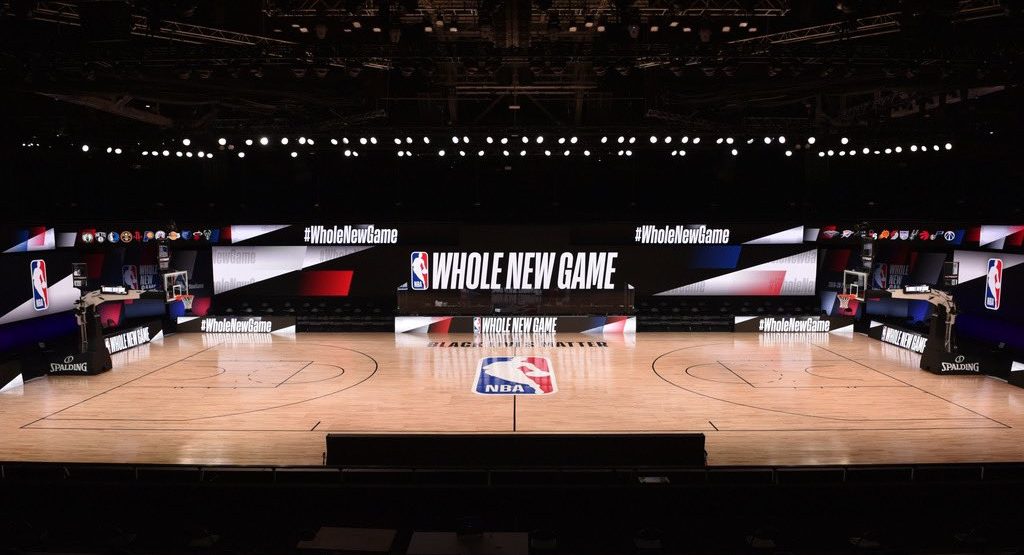 The NBA has finally lifted the lid on the bubble arena, where meaningful basketball games will be played in just a few days’ time.

Scrimmages — or warm-up games — kick off Wednesday in Orlando ahead of next week, which will see playoff seeding games take place.

Using the hashtag #WholeNewGame on social media, the NBA revealed the finished construction on the mainstage court, adorned with Black Lives Matter messages, and surrounded by digital screens. We’re unsure how these will be used during play, but it could be that a fake audience may be displayed alongside simulated arena noises. 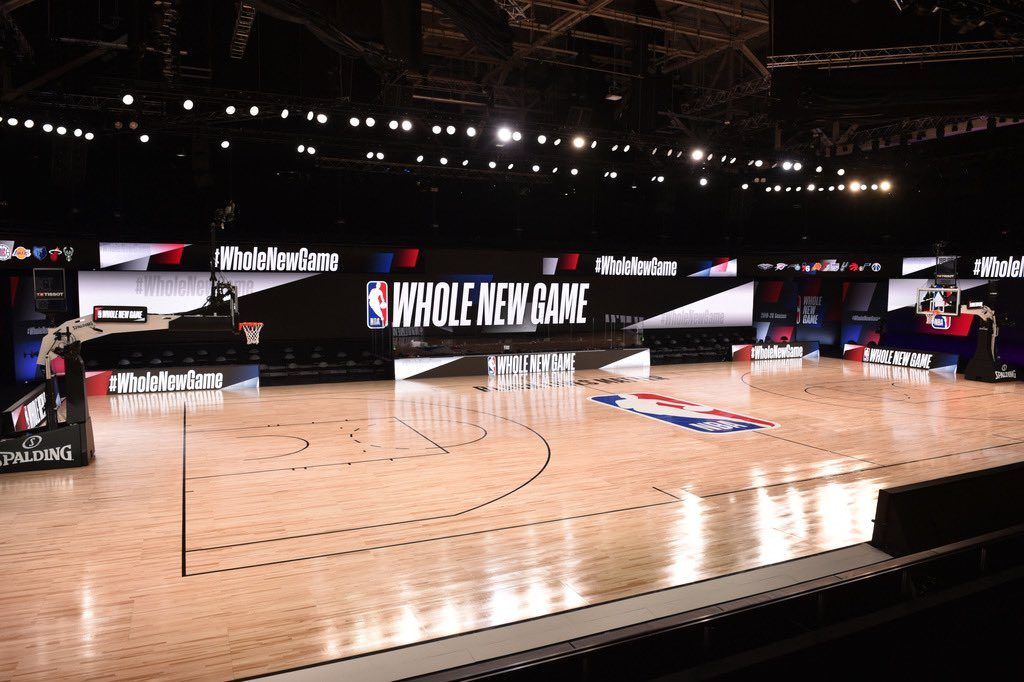 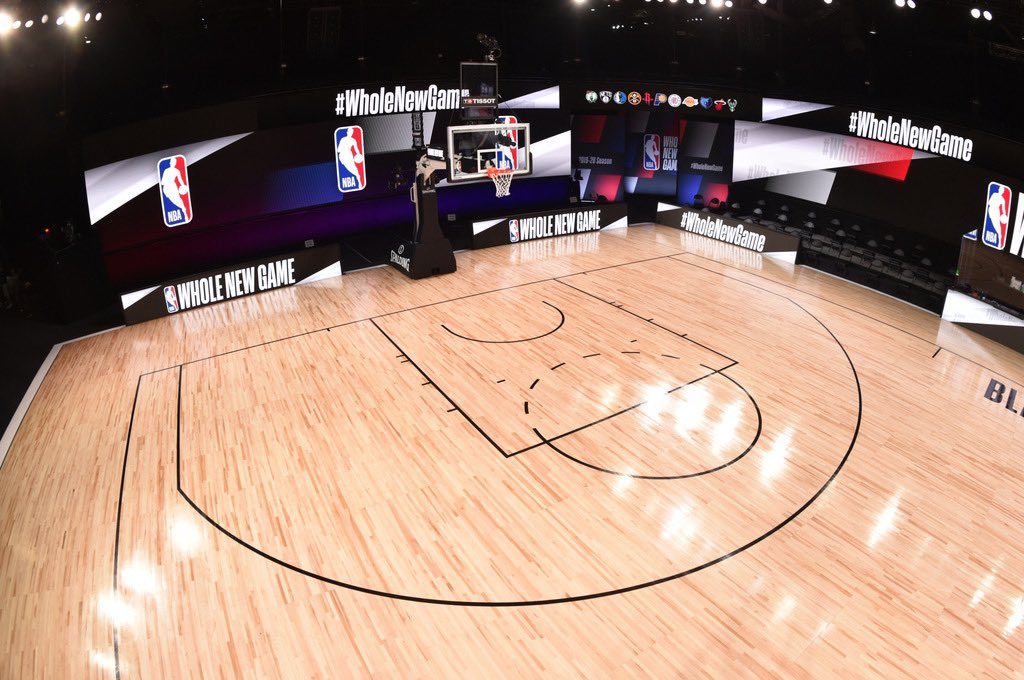 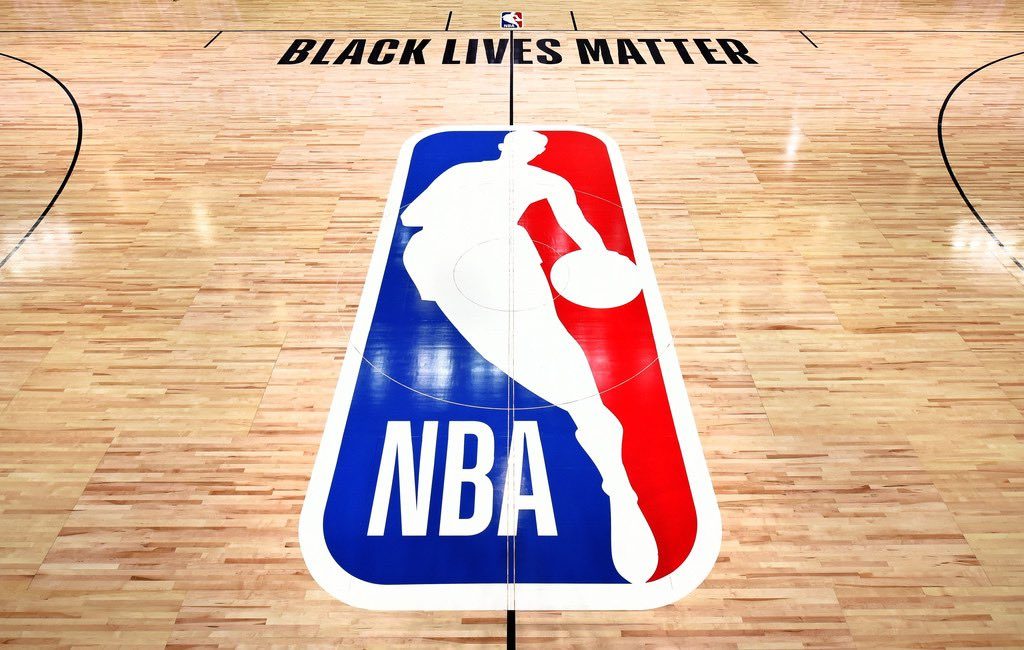 Player benches are set rather far apart (as seen in the photos), center-court is adored with the league logo, and the NBA will most likely have officials on hand ensuring minimal contact between organizations.

Alongside the on-court protest message, NBA players were given permission to wear social justice messages on their jerseys in lieu of their last names.

A trailer for the return of the NBA was released early this morning, and it features actor and comedian Issa Rae hyping up the home crowds as fans salivate at the long-awaited resumption of professional basketball.

It’s the game you love, like you’ve never seen before with 22 teams, all in one place, ready to make history. It’s a #WholeNewGame