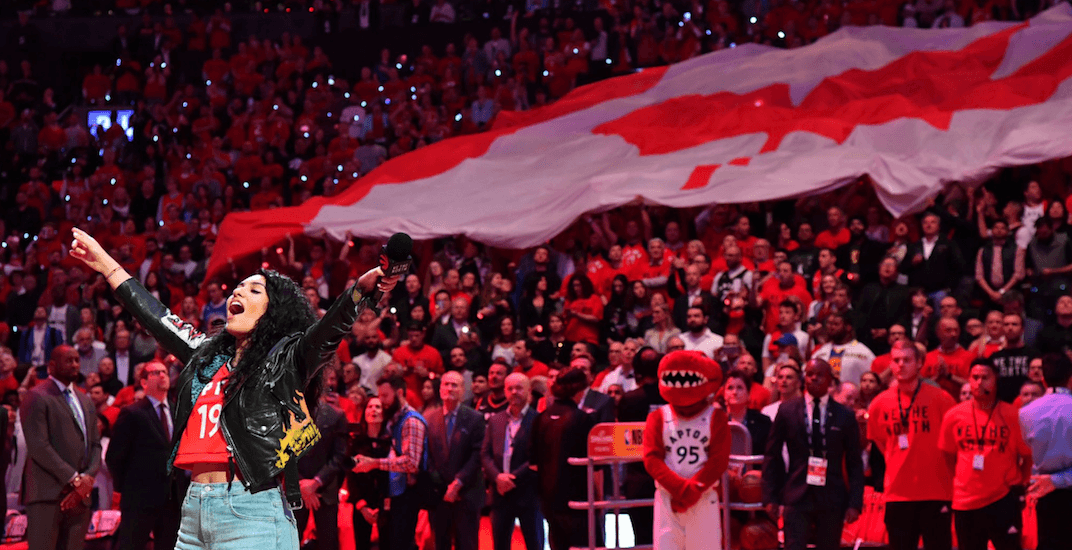 Both Sportsnet and TSN have recorded record television viewing numbers during the Raptors’ run, while ‘Jurassic Parks’ have popped up all over the country.

But despite being Canada’s lone NBA team with a bandwagon seemingly filling up from coast to coast during the NBA Finals, Canadians can’t seem to agree on the answer, according to a new study by the Angus Reid Institute.

The survey revealed that Canadians are split on the issue, with 47% of respondents viewing the Raptors as “Canada’s team,” while 45% viewed them merely as “Toronto’s team.” Only 8% saw the Raptors as “Ontario’s team.” 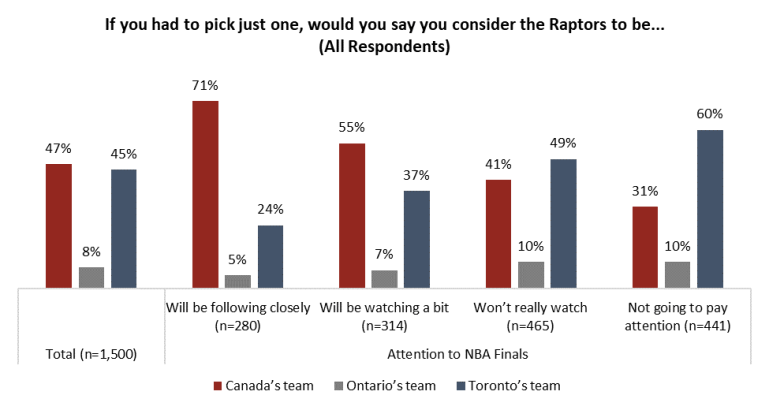 Do the Raptors belong to Canada or Toronto? (Angus Reid Institute)

Of the 1,500 respondents, those that said they will be following the NBA Finals “closely” were most in agreement that the Raptors were Canada’s team (71%). The less likely respondents were to watch, the less on board they were with We The North, as 60% of people not paying attention to the Finals see the Raptors as merely “Toronto’s team.”

The results broken down by province were also interesting. 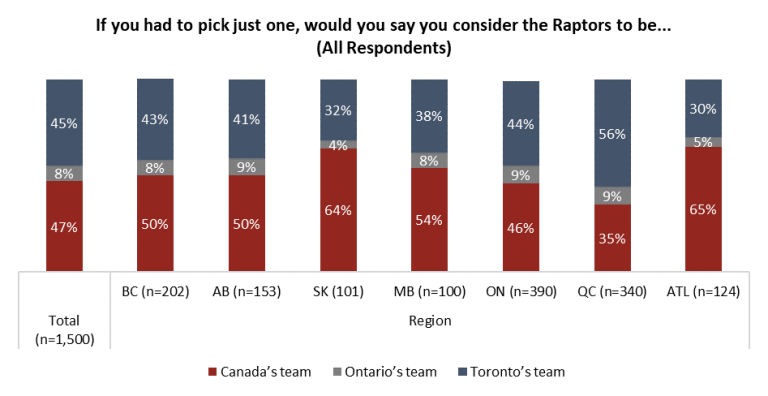 Survey on who the Raptors belong to, divided by province (Angus Reid Institute)

Support for ‘Canada’s team’ is also high in Saskatchewan (64%), while half (50%) of respondents in BC and Alberta support the notion.