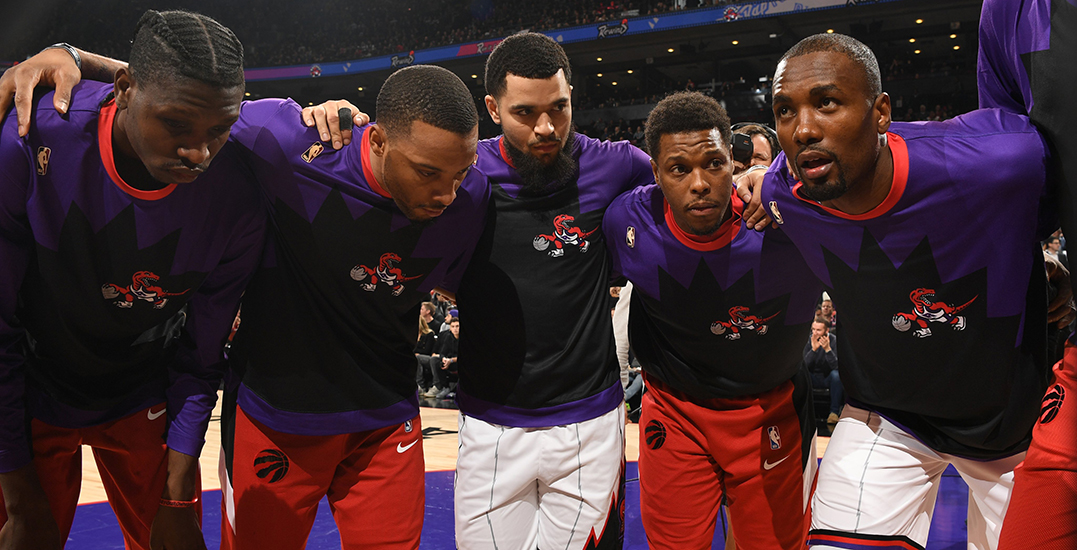 Toronto Raptors players and coaching staff have a message for Americans living in Canada.

On Sunday, Raptors coach Nick Nurse shared a video on social media, encouraging Americans who are living up north to participate in the upcoming US election.

The 60-second clip directed residents to the Federal Voting Assistance Program (FVAP) website, on which they can register for absentee ballots.

There are currently hundreds of thousands of Americans that are eligible to participate.

“I’m one of 650,000 fellow Americans living in Canada who are eligible to vote in the upcoming election,” says Illinois-born shooting guard Matt Thomas.

The video included a handful of Toronto’s American-born players, such as Terence Davis, Patrick McCaw, and Fred VanVleet among others, all of whom said they had taken a step to register for an absentee ballot.

“It’s a simple process,” adds Assistant Coach Jim Sann. “It gives you an opportunity to make your voice heard in the States, even when you’re living in Canada.”

“Let’s all vote and make change together,” says Davis.