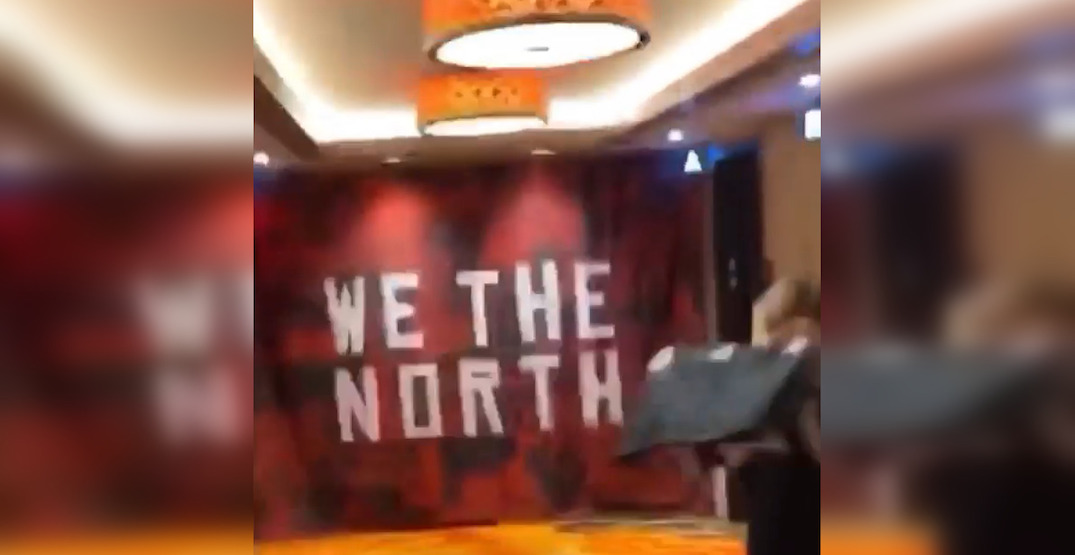 Inside the NBA bubble in Orlando, the Toronto Raptors have plans to stay a while.

The defending champs arrived to Disney World eight days ago and don’t begin their exhibition schedule until July 24, never mind the continuation of the regular season, which is set for August 1.

If all goes according to plan, this will be their home until October. So they’re getting comfortable.

Raptors guard Terence Davis Jr. shared a video from the team’s hotel floor, which has been decorated head to toe in Raptors colours. Each door appears to have a Raptors logo on it, while a giant painting of the Toronto skyline greets players when they enter the hallway, and “We The North” is basically wallpapered near the elevators.

The Raptors are hoping to make another deep run in the NBA playoffs, and just like last year, Charles Barkley is picking them to do it.

“You know who I’m going with? The Toronto Raptors! They’re going to the NBA Finals,” Barkley said on a recent edition of Inside the NBA on TNT.

Chuck has jumped on a new bandwagon 🇨🇦😂 pic.twitter.com/frlnP80dKB

It’s been interesting to see how players have kept busy inside the NBA bubble, away from family and friends.

Players seem to have stopped complaining about the available food options, and now are enjoying things like fishing and shopping during their spare time.