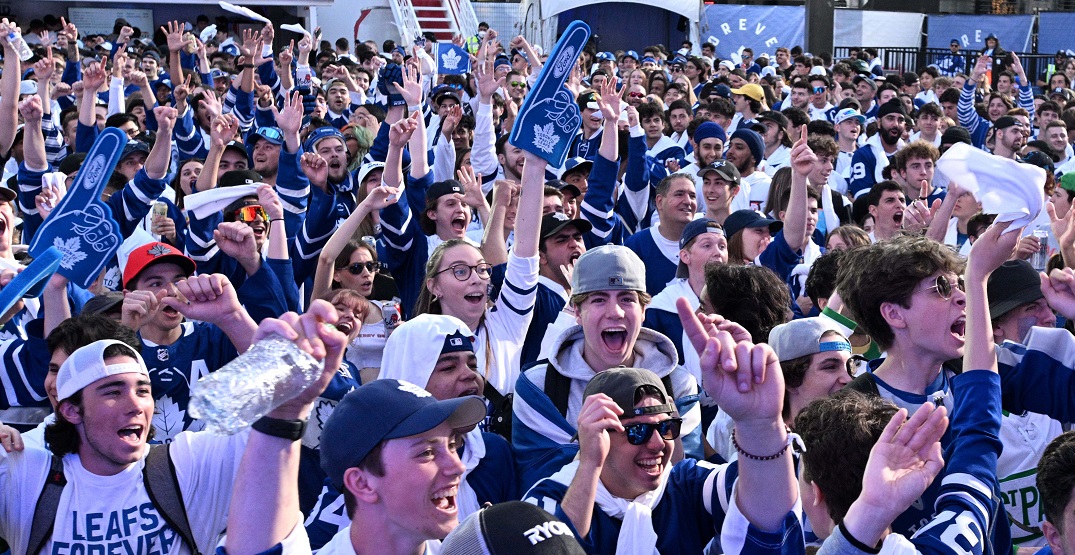 Toronto Maple Leafs fans have a reputation, and it isn’t necessarily the best one.

In a survey conducted by hockey stats aficionado “JFresh,” Leafs fans won the top crown as both the “most annoying” and “most delusional” fanbase in the NHL.

As someone who’s spent the vast majority of their life living in the Toronto market, well, yeah.

This is, after all, the fanbase that likes to hold a referendum on its management after virtually every loss, while also hyping up the team’s Stanley Cup chances after every win.

JFresh’s survey took in over 6,500 responses, and Toronto topped the list, beating out the New York Rangers, Montreal Canadiens, and Edmonton Oilers for the top spot. It really wasn’t close, all things considered.

Which NHL fanbase is the most delusional?

Oh, they’re also the “most unhinged and prone to melting down over nothing.”

Which NHL fanbase do voters now find more annoying than they did before the 2021-22 season?

There was some saving grace, though. Just behind Montreal, Philly, Vegas, and Vancouver, nearly 80% of Leafs fans were okay to vote themselves as annoying.

Which NHL fanbase isn't as annoying as its reputation?

League-wide though, there was clearly an anti-Leafs sentiment.

I also tracked which teams were most often picked as "Most annoying" by each fanbase.

It’s a long offseason. Here’s to some real news dropping in the next week, so Leafs and their fans can go back to arguing about something tangible.