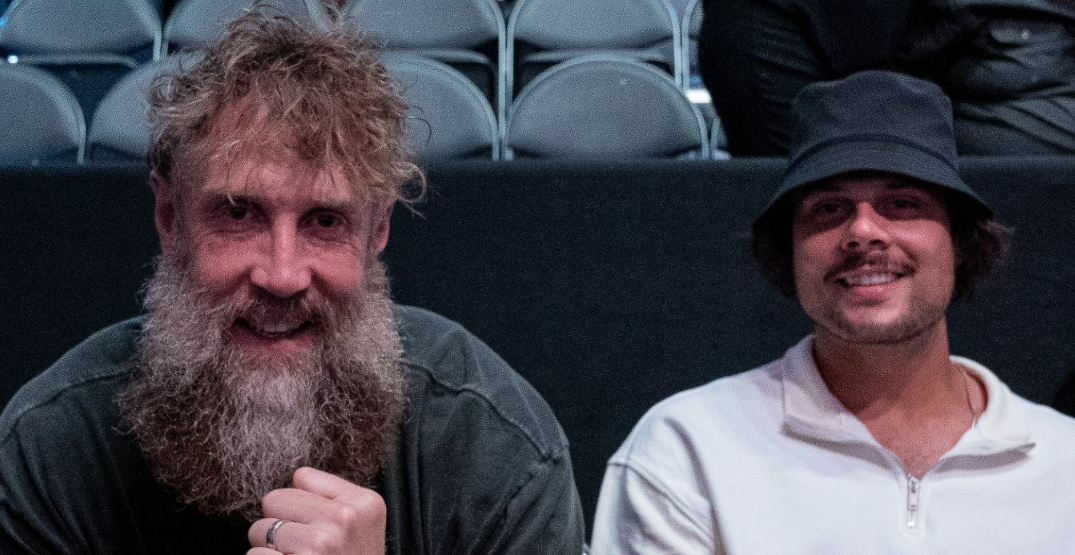 UFC 276 features a five-fight main card at Las Vegas’ T-Mobile Arena, but Toronto Maple Leafs fans likely had their eyes on a couple stars on the outside of the ring.

The pair spent just one season together as Leafs teammates in the pandemic shortened 2021 season, but it’s clear their bond is still a tight one, with Thornton playing this past season for the Florida Panthers.

The day was a special one for Thornton as he turned 43. Despite the nearly twenty-year age gap, the Sin City was no match for the two pals’ own version of the Wolfpack.

It looked like the pair also spent some time at Vegas’ Encore Beach club, per CBC’s Sarah Jenkins.

UFC 276 contained one of the sport’s biggest cards of the summer, with Israel Adesanya and Jared Cannonier facing off in the main event of the evening.

It’s not the first time Matthews and Thornton have taken in a mixed martial arts fight, though.

Last July, accompanied by The Kid Laroi and Justin Bieber, the pair had taken in last year’s UFC 264 card, the Conor McGregor and Dustin Poirier megafight.

As for possible Thornton retirement talk? Well, that’s still up in the air after his Panthers were swept out of the second round of the playoffs by the eventual Eastern Conference-winning Tampa Bay Lightning.

“I have no idea, I haven’t put any thought into it all,” Thornton told reporters after the season. “It happened so quick, it took me by surprise, so I’m sure I’m going to talk with the family and see what the plan is next.”