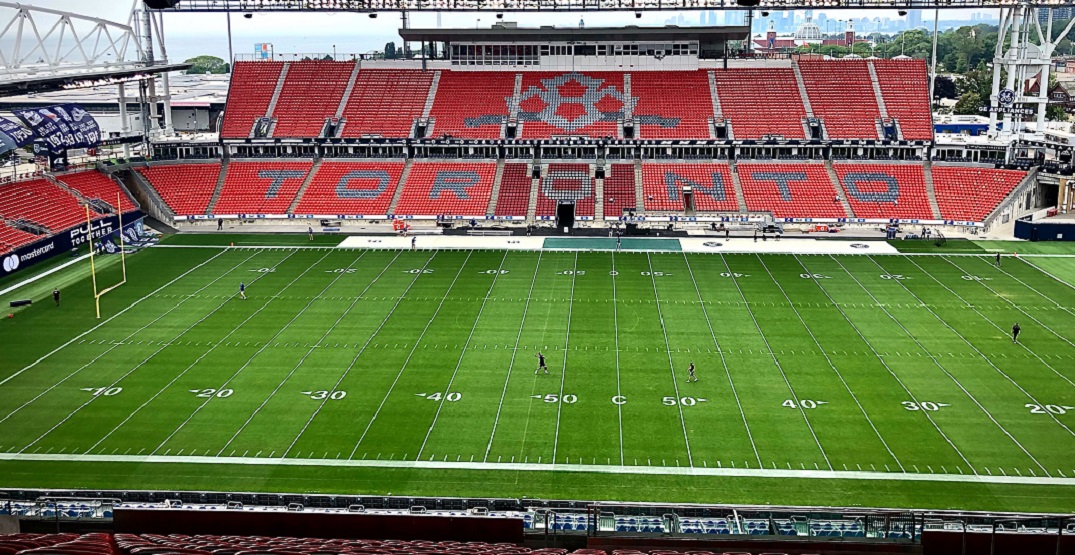 Thursday’s CFL matchup between the Toronto Argonauts and Edmonton Elks, slated to take place at BMO Field, has been postponed after the CFL announced “a number of Elks players have tested positive for COVID-19.”

The CFL said the cancellation “reflects our desire to put the health and safety of our players, coaches and staff – as well as public health – above all other considerations.”

Edmonton will not be able to practice or travel until receiving clearance from the league’s Chief Medical Officers and public health officials, with the team’s players, coaches and supports staff now receiving an “enhanced testing protocol which includes isolation.”

Edmonton most recently played this past Thursday in Vancouver, beating the BC Lions 23-16.

The CFL announced that the Lions will also “participate in an enhanced protocol and will be monitored closely this week,” but added they do not believe the team was exposed to “a high risk of infection” to COVID-19.

The Argonauts, meanwhile, are coming off a 30-23 win over the defending Grey Cup champion Winnipeg Blue Bombers in their home opener.

The Elks’ next scheduled game comes on September 6, Labour Day, at home against the Calgary Stampeders. Meanwhile, the Argonauts will travel down to Hamilton that same day to take on the Tiger-Cats.

The Lions are set to play the Ottawa Redblacks this Saturday in Ottawa.