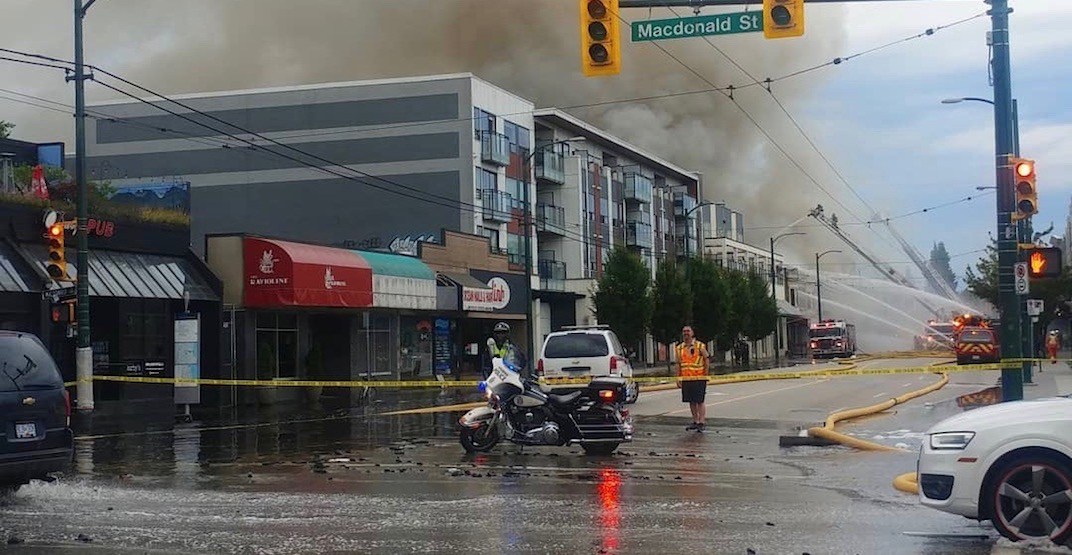 Fire and Flooding at MacDonald and 4th (@everydayisawesome/Instagram)

Beloved Mexican spot Topanga Cafe was engulfed in a fire in the early hours of the morning of July 5.

Located at 2904 W 4th Avenue, this was just one of the Kitsilano businesses affected by a fire that spread throughout the building.

The cause of the fire is unknown as of now, but the public has taken to social media to express sadness about the loss of this much-loved business.

Some accounts online say the fire has been going since 5 am, others reiterate that claim by posting that the “fire just won’t die.”

Several blocks were closed due to the fire and flooding in the area from both sides near MacDonald and 4th.

We’ll keep you posted on with information on this story as it develops.

Lots of smoke and ash in the air. #vancouverfire #kitsilano pic.twitter.com/XjLLNOdhCr