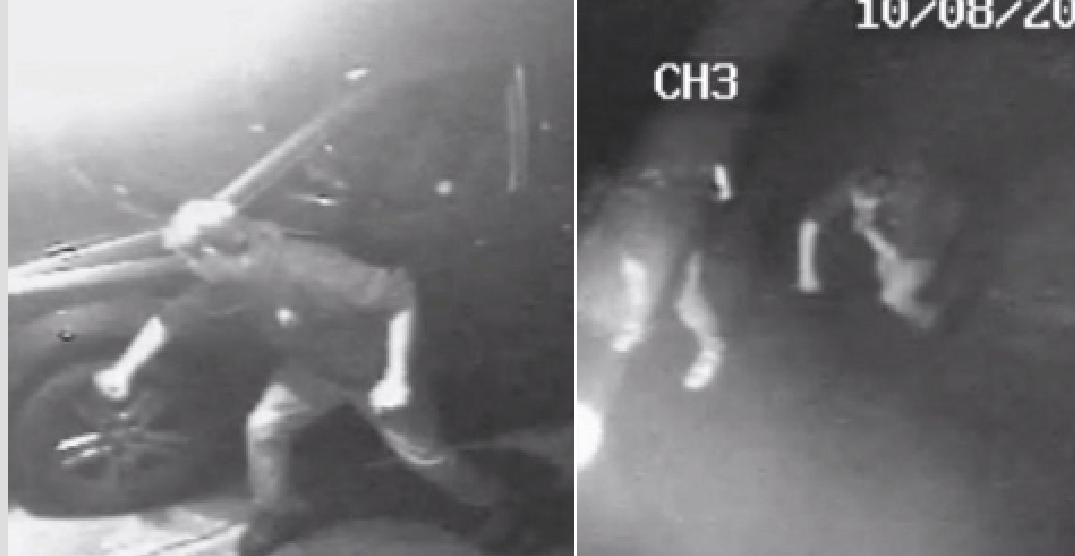 The suspects in the tire slashings (Burnaby RCMP)

Police in Burnaby are appealing to the public for help in identifying two suspects caught on security cam, who they believe to be connected to a string of tire slashings in the city over the long weekend.

According to Burnaby RCMP, around 10 am on Monday, officers responded to multiple reports from residents around the 7500 block of 12th Avenue who had discovered their vehicles’ tires had been slashed overnight.

As police continued their investigation, a number of additional affected vehicles were discovered around the 7100 block of 10th Avenue.

Police said at this point, they believe that up to 105 vehicles have been affected in this incident.

“This vandalism has come with great cost to the affected residents,” said Burnaby RCMP Staff Sgt. John Buis. “The sheer quantity of vehicles involved is shocking.”

Police added that initial investigation has shown that some residents in the 7100 block of 10th Avenue heard tires being punctured at around 2 am on Monday morning but did not contact police. In light of this, police are reminding members of the public to please contact authorities immediately should they see or hear anything suspicious in their neighbourhood.

Security-cam footage of the suspects has now also been released by police.

“We want the public to take a good look at the images we’re releasing and to contact us if they recognize the suspects,” said Buis.

Anyone with further information who has not already spoken to police is asked to contact Burnaby RCMP at 604-646-9999 or, if they wish to remain anonymous, Crime Stoppers at 1-800-222-8477 or leave a tip online.