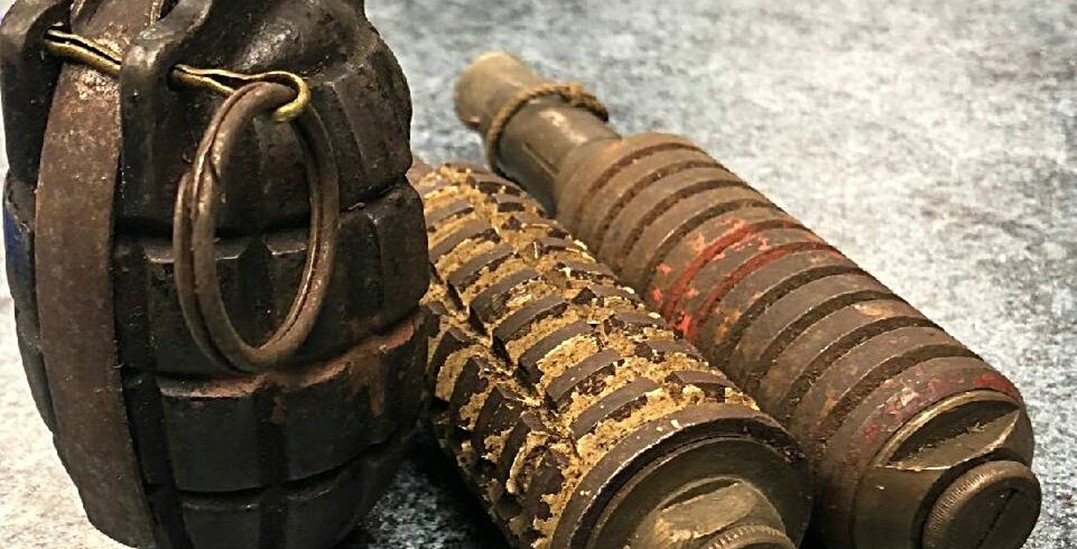 A community police station in Richmond was evacuated yesterday after a woman attempted to drop off explosives.

The incident took place at 5 pm when a “suspicious package” was brought to the Steveston Community Police station.

When officers realized what they were, a number of safety protocols had to be enacted. The facility was emptied and the Lower Mainland Explosives Disposal Unit (EDU) was called to the scene.

When EDU arrived, they examed three military hand grenades, that dated back to before World War II. Fortunately, they deemed that the pieces were inert and the situation was averted.

By 7:30 pm, the entire situation was cleared.

Corporal Dennis Hwang of the Richmond RCMP, says officers don’t believe there was any malicious intent, but “it’s not uncommon that live ammunition is brought to police.”

“If you’re unsure of what to do,” he explains, “call the police first. Don’t touch them, don’t disturb them, and don’t transport them – if they’re older, the chemicals could be very unstable.”

Cpl. Hwang mentions that they’ve had similar incidents occur at their main detachment before and it can often turn into a big ordeal.

“We have to treat every one of those things as if they were live,” he says. “It’s a necessary precaution to secure the area and make sure that officers and bystanders stay outside the area we’ve roped off.”