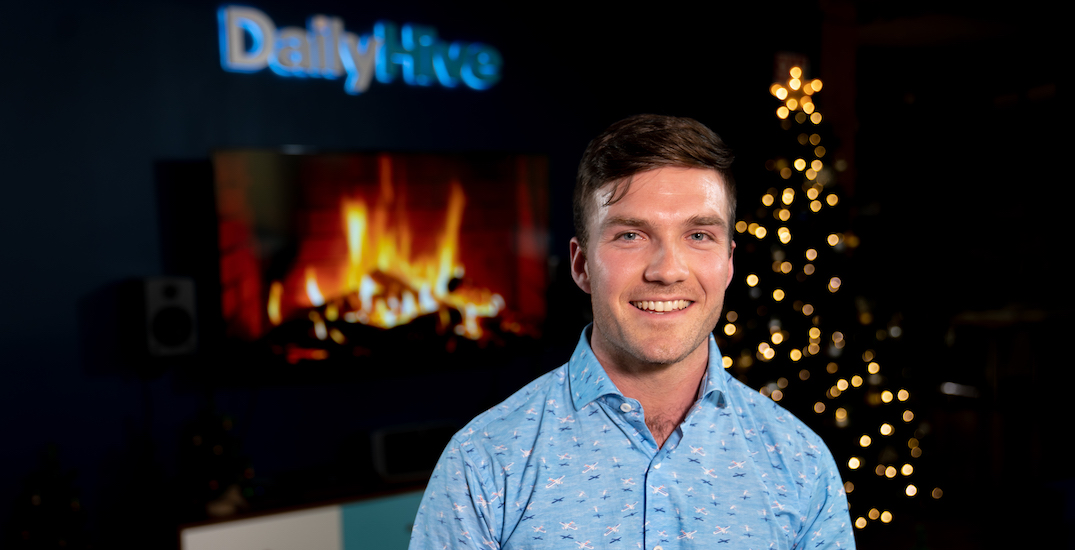 Vancouver actor Sean Hunter is beginning to lean into his alter ego, the infamous Peloton Husband.

The character he plays in the company’s advertisement has been maligned for buying his fictional wife the $2,950 CAD stationary bike for Christmas. Critics say the gift was rude, insensitive, or even sexist, for suggesting the already-fit wife work out more.

“I mean, what about the power of fitness?” Hunter told Daily Hive during a sitdown interview.

“She probably asked for it for Christmas. We probably used it together,” he said, joking that the husband looked pretty fit as well.

Daily Hive asked the Vancouver gym teacher some questions about his real-life gift-giving habits, and they found out he’s thinking of giving his girlfriend a fitness-related present this Christmas.

Hunter is a full-time gym teacher at a Mount Pleasant elementary school and has been pursuing acting on the side for four years.

At first, he was discouraged by the negative reaction to the Peloton ad.

But sometime last week, he started rolling with the punches. He’s keeping the laughs going by changing his Instagram handle to @PelotonHusband and joking he should have kept the receipt for the stationary bike.

“I thought, ‘Okay, I’m going to dive right deep into this,”‘ Hunter said.

“I loved it,” Hunter said of the gin commercial. “You could see right off the top, in her eyes, she was just so over what was happening. She just stared so deeply into the camera.”

Hunter teased on Instagram that the couple’s breakup meant he’d get to keep the bike.

Peloton put out a statement saying it was “disappointed” in how some people had misinterpreted the video.

Besides putting out a commercial that wasn’t well-received, Peloton may have problems staying competitive in the long run, according to a report by Citron Research released Tuesday.

Analysts there say the pricey Peloton bike doesn’t offer much that’s superior to cheaper alternatives. Similar to GoPro, they say the company will likely struggle as more competitors put out their own versions of exercise bikes that allow you to train remotely in real-time.

“While Peloton has enjoyed a first mover advantage, the lack of differentiation of its bike has finally caught up to it,” the report read.