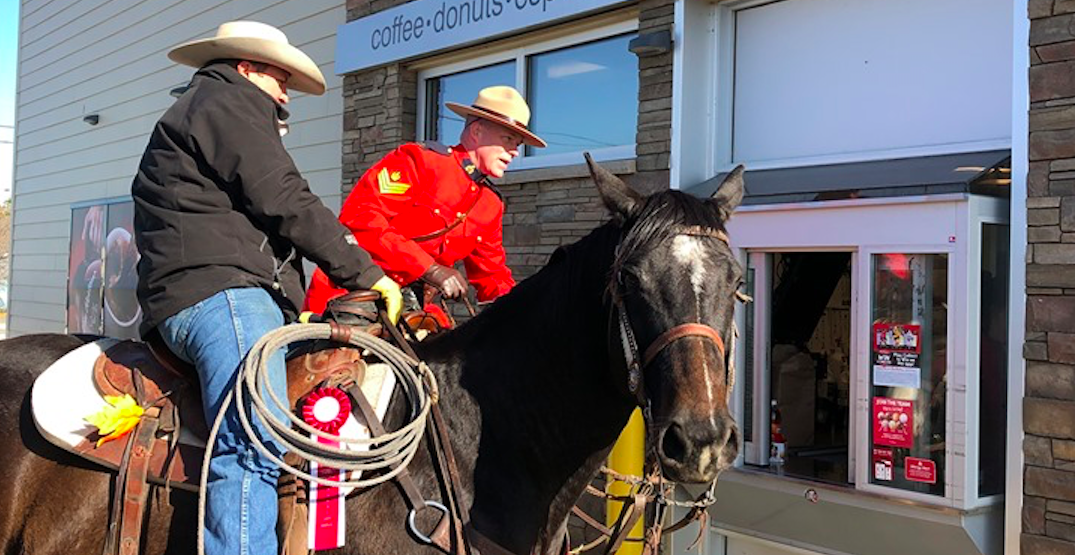 It was a moment of peak Canadiana and it was all captured on video.

During an annual community festival in the town of Rosetown, Saskatchewan this past week, an RCMP officer, and resident decided to go for a coffee at the local Tim Hortons.

And while this may not seem out of the ordinary in small-town Canada, it was how the scene played out that turned some heads.

First, the pair arrive at the drive-thru, not in vehicles, but on horseback.

The mountie then places the order, and in a fine display of neighbourly, Canadian generosity pays for both drinks before the pair ride away.

The entire encounter was captured and shared on social media by Judith Claffey.

According to the event’s website, the Rosetown Harvest Family Festival is an annual, week-long event beginning Thanksgiving weekend in October. The festival is “considered a homecoming event for Rosetown locals, their families and visitors to the community.”

And it looks like the community is a close-knit one indeed. 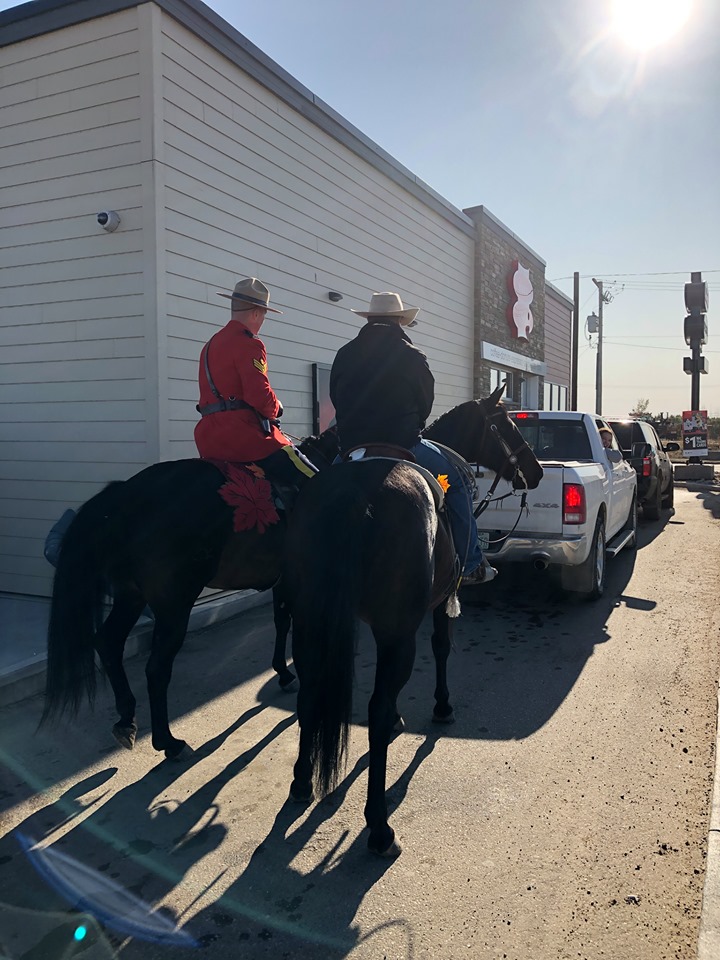 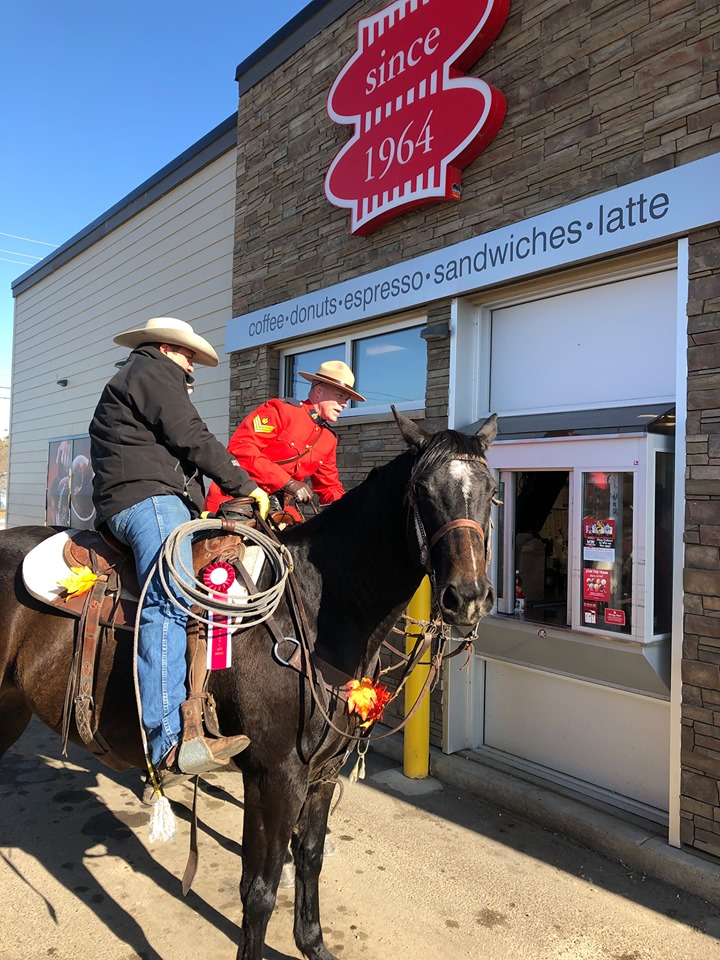