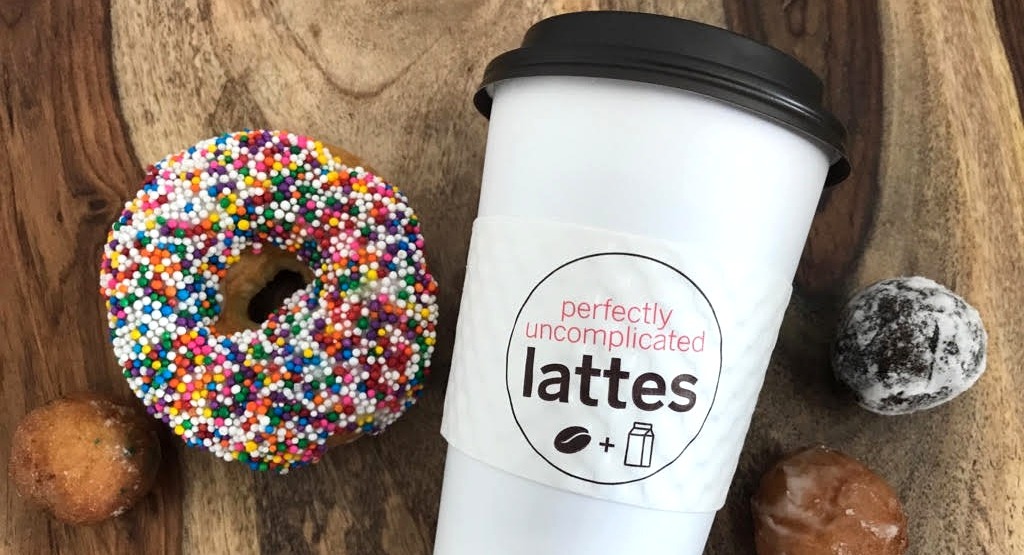 One of the coolest neighbourhoods in the world according to Vogue, Toronto’s Queen West is like a mecca for discerning coffee drinkers and self-proclaimed coffee snobs.

Under the guise of Perfectly Uncomplicated Lattes, the Tim Hortons pop-up has been operational for most of April already. On Facebook, it’s garnered a 4.6-star rating and a handful of positive reviews from unsuspecting customers.

Local businesses have even sent gifts. Hopefully, the neighbourhood won’t be too upset by the deception. At least the proceeds from the pop-up will go to charity.

This place just gets me. #perfectlyuncomplicatedlattes Just say “latte”!

The premise is simple: great lattes needn’t be complicated.

That’s why the lattes from the pop-up (and soon to launch at Tim Hortons outlets across the country) come in just one size, at one price ($2.99), with just two ingredients: a double shot of espresso and silky steamed milk.

While dialling and tamping have been automated for the ease of execution in stores, the beans are ground fresh, the milk is steamed to order.

Tim Hortons Director of Coffee Operations Kevin West has been in the coffee business his whole life. His dad was a roaster. He speaks of blending coffee beans as an art and roasting as a science.

West shares with Daily Hive that Tim’s espresso beans are sourced from across the globe (Brazil, Colombia, Guatemala, Indonesia) but roasted in Ancaster, Ontario just outside Hamilton.

The resulting blend is smooth and low in acidity, perfect for lattes, but also to be available in a full range of espresso-based bevies from espressos to Americanos.

I tried one from the pop-up. It was genuinely good.

Will it taste just as good in a Tims’ cup? Will the counter staff at my local Timmies be able to replicate it? Will the powdery French Vanilla be usurped on the menu?

We’ll all have to wait another week to find out.