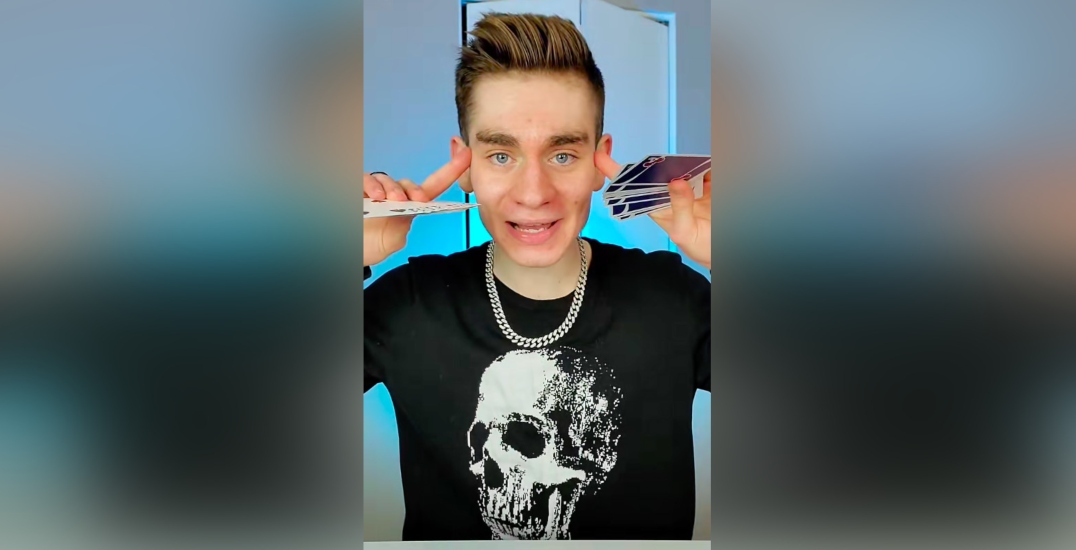 TikTok is already a pretty magical place. You can go from zero followers to hundreds of thousands of views just like *snap* that.

And if you’re Montrealer Raphael La Ferrara, you can pull in viral likes and followers like pulling a rabbit out of a hat.

The 17-year-old magician has built up a sensational following on the social media platform by showing off some pretty nifty illusions, brain-teasers, magic tricks, and interesting behind-the-scenes of how he performs some of his tricks.

Isn’t a magician never supposed to reveal his tricks?

While speaking with Daily Hive, La Ferrara reveals he started performing magic at eight years old and grew up, inspired by the likes of Chris Ramsay and David Blaine.

He says his most popular trick, titled “When a magician gets sick,” vaulted him to viral fame after receiving more than 25 million views across all of his social platforms.

What’s equally impressive — besides regurgitating an entire crop of magic supplies — La Ferrara can dazzle you through the screen. Who needs to give context when you can see it? Give these trippy illusions a try:

@raphael.laferrara Did it work for you? 🤔 #hypnosis #magictrick #illusion #challenge ♬ House of Memories – Panic! At The Disco

The Saint-Leonard illusionist is also pretty good at reading your mind:

Besides mind-blowing digital TikTok tricks, the 17-year-old is very charismatic and has the whole “watch what I’ll do next” aura down pat. It seems like this is exactly what TikTok was made for.

He’s also worth following on TikTok because he reveals how some of his tricks are done. Only some of them, though, because the other tricks are, you know… magic.

Be sure to follow the magician on TikTok and YouTube to see more street magic, tricks, illusions, and behind-the-scenes. It’s admittedly quite… magical.