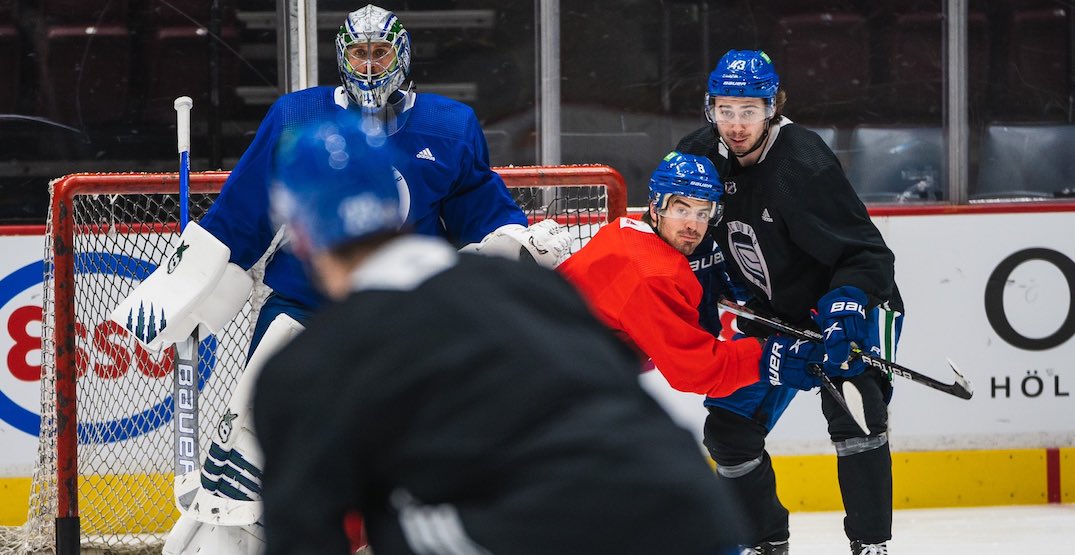 When the Vancouver Canucks made a late cancellation to Monday’s practice, something seemed fishy.

It turns out that multiple players were feeling queasy.

Initially called a “maintenance day” for the whole team, today we found out the precise reason.

It appears a non-COVID-related virus was spreading through the Canucks’ dressing room, causing more than one player to be sick.

“We had a couple guys throwing up,” Boudreau told reporters after practice this morning. “We didn’t want that to filter through the team. As you know in Vancouver, it’s happened before. We just tried to take precautions.”

I will not be surprised if we find out today that Canucks didn’t practise yesterday because a whole bunch more players got the stomach bug that Horvat and Richardson had last week.

A stomach bug hit Bo Horvat and Brad Richardson last week, and could have spread to more players, according to Postmedia’s Patrick Johnston. Horvat left last week’s game against the St. Louis Blues in the first period because he was feeling ill, while Richardson sat out Sunday’s game entirely.

Quinn Hughes is still feeling sick and missed practice today. He may not join the Canucks on their upcoming two-game road trip.

“Quinn’s sick,” said Boudreau. “We’re hoping he ends up making the trip, but we didn’t want him to practice in case he gives it to anybody else. So hopefully he feels much better tonight and can get on a plane tomorrow.”

Jack Rathbone will fly with the Canucks to Las Vegas, as he was called up from Abbotsford earlier today.

The Canucks are suddenly down a few bodies, with the team sharing news today that Brock Boeser is injured, likely from a collision with Elias Pettersson. While Kyle Burroughs returned to practice, Boudreau didn’t sound hopeful that Tucker Poolman or Nils Höglander would be able to return this season, which has just 12 games left.

While making the playoffs is still mathematically possible, the Canucks have a steep hill to climb now. They would have to go 10-1-1 just to get to 95 points, which is usually around the point total needed to make the postseason.