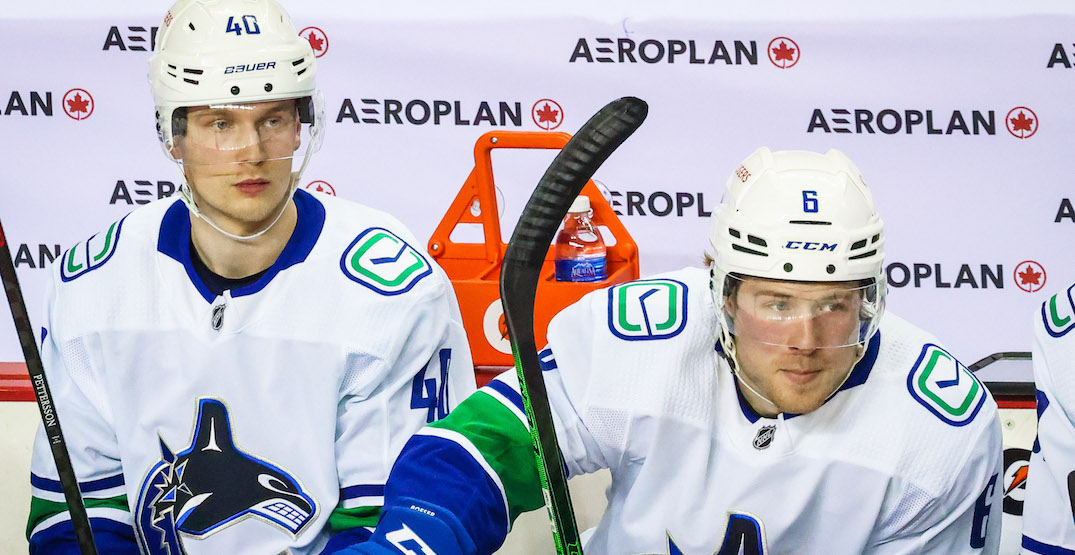 Brock Boeser is injured after all.

The Vancouver Canucks winger went straight to the dressing room, suffering an apparent injury after getting in the way of an Elias Pettersson bodycheck on Sunday night.

Here's hoping he escaped a serious injury but I'm not holding my breath pic.twitter.com/jPd0YjR0aU

That looks like a wrist injury to me pic.twitter.com/Gv5T9LfPME

The injury looked bad at first — perhaps an injury to his arm or wrist — but Boeser returned for the third period.

Practice was cancelled on Monday, with Canucks PR calling it a “maintenance day” for the entire team. The Canucks returned to the ice for practice this morning without Boeser, and the Canucks announcing that he’s out with an upper body injury.

Update: #Canucks forward Brock Boeser is out with an upper body injury.

It remains to be seen how long Boeser will be out of the lineup. With just 12 games left in the regular season, and 24 days left before the season finale, any injury of significance could prematurely end his season.

If that’s the case, this season will be seen as a disappointing one for Boeser, who is one goal shy of the 20-goal plateau. He has just 38 points, which would be a career-low for him.