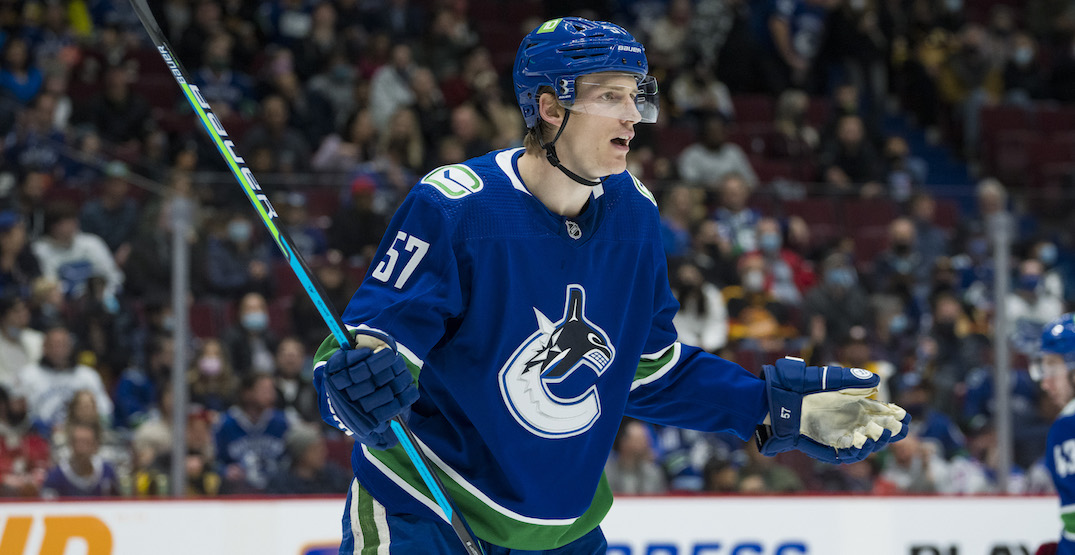 It’s time to take off the rose-coloured glasses.

There have clearly been some positive takeaways for the Canucks since Boudreau took over. Elias Pettersson has started to look like his old self. J.T. Miller has continued to thrive. Boudreau helped struggling players such as Juho Lammikko and Matthew Highmore find a role on this team.

For the Canucks to even claw back into the playoff picture after such a horrible start is impressive, but their season has really fallen apart recently with three wins in their last 12 games.

The Canucks are now 16-13-7 under Boudreau after that initial 8-0-1 run. That’s the 17th-best record in the NHL over that stretch.

With the playoff push now over, management needs to start considering how they can improve this team heading into next season.

If that’s the case, here are four guys they need to try and move on from this offseason.

The overpaid pairing of Tyler Myers and Oliver Ekman-Larsson was a surprise success throughout the first half of the season.

Despite providing next to no offence, the duo posted strong results defensively while playing against the opposition’s top lines on a nightly basis.

That effectiveness has drastically deteriorated over the last month.

In a perfect world, the Canucks would be moving on from both Ekman-Larsson and Myers in the offseason.

Ekman-Larsson’s contract is far too onerous for another team to take on, but trading Myers contract, which has two more years left after this season, is more palpable.

It won’t be easy, but it’s hard to envision a scenario next season where both Ekman-Larsson and Myers are occupying top pairing roles on this hockey team.

That is, if the plan is to be competitive next season.

At $6 million per season, Myers makes too much money, but there’s still value in what he provides defensively. And, if he was traded to a team lacking offensive creativity from the blue line, there could be a chance for Myers to pad his points totals if he got more opportunities on the power play, something that hasn’t transpired in Vancouver this season.

Trading Myers’ contract would likely mean the Canucks have to bring in some bad money in another form. Could they look to trade for Keith Yandle, who makes a whopping $6.375 million, but has a deal that expires next offseason? There’s also David Savard, who makes $3.5 million until 2025.

Myers is under contract at $6 million per season until 2024.

The appalling lack of offence in Tucker Poolman’s repertoire (one goal, four points in his last 79 games) overshadows the fact that he’s been decent defensively for the Canucks.

Unfortunately, the issue is that former general manager Jim Benning never should have handed him a four-year deal worth $2.5 million per season.

Poolman has been outplayed by defencemen on more efficient contracts, such as Luke Schenn, and to a lesser extent, Kyle Burroughs and Brad Hunt.

He’s not a terrible player for a bottom pairing defenceman. Poolman is relatively mobile for a big guy, and he’s good positionally in his own end. Still, with a contract like his, the Canucks are likely taking some kind of bad money back in a deal.

Based on his recent struggle with migraines, there is an outside chance that Poolman and his cap hit could end up on long-term injured reserve for next season, but the chances of him staying there throughout the duration of his contract are extremely unlikely.

Coming into the season, Jason Dickinson seemed like a logical fit as the Canucks’ third-line centre.

Unfortunately for Dickinson and the Canucks, it hasn’t worked out whatsoever.

Trading Dickinson might be easier than dealing guys like Poolman or Myers. Dickinson only has two years left on his deal at $2.65 million per season, and he’s not that far removed from playing a valuable checking role for a Dallas Stars team that went to the Stanley Cup Final.

The Canucks acquired him for a third-round pick. Not even a year later, it would be considered a win if they could offload him as a reclamation project to a team for a sixth or seventh-round selection.

Compared to the three players mentioned above, Tanner Pearson has provided the best bang for his buck in terms of his contract.

Although his three-year extension worth $3.25 million was a head-scratcher when it was signed last year, Pearson has quietly been one of the best Canucks forwards under Boudreau.

While he’s been good, he’s not what this Canucks team needs right now.

Pearson turns 30 in August, and while he’s been effective, he’s one of the slowest forwards on the team.

The versatile winger would slot in perfectly on the third line of a Stanley Cup contender. That’s not likely to be the Canucks over the next two seasons, so the team needs to find another suitor for his services while his value is still high.