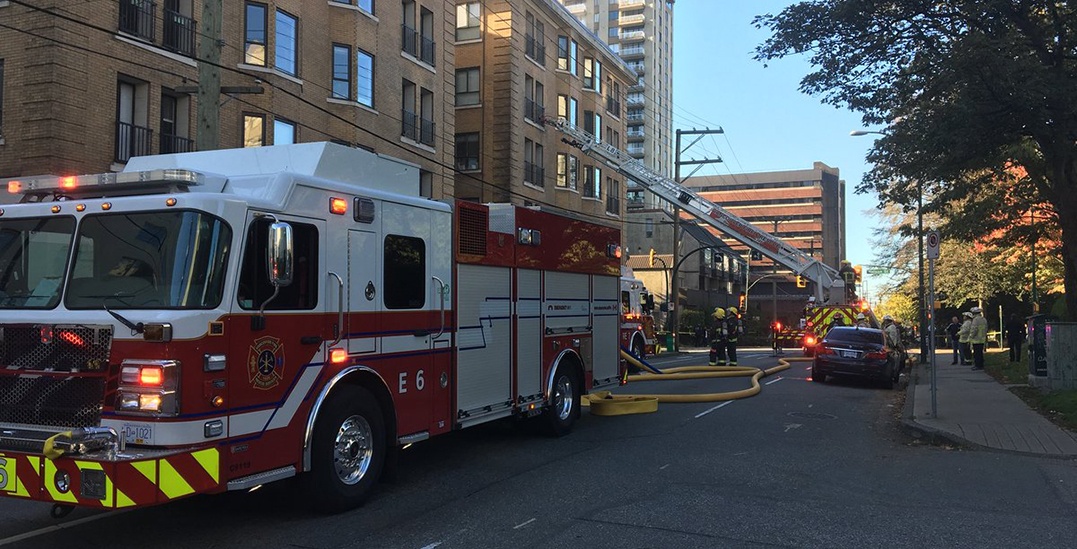 Emergency crews are currently fighting a fire in downtown Vancouver.

Vancouver Fire Rescue confirmed a two-alarm blaze in the 900 block of Thurlow Street approximately half an hour ago.

Since then, the incident was upgraded to a three-alarm fire, calling for a heavier presence of fire crews and equipment. 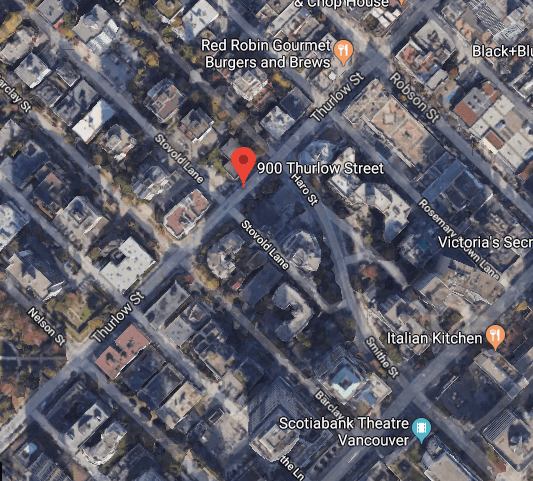 There has been no mention regarding the cause of the fire.

View from my office window. Lots of fire trucks and police…2 blocks are blocked off. Smoke coming off one of the buildings…southbound Thurlow is blocked from Robson. @NEWS1130 @NEWS1130Traffic pic.twitter.com/IowsSLdO8K

A number of units are uninhabitable due to damage; Emergency social services are on the scene.

Update: Unfortunately, the Thurlow fire has been upgraded to a fourth alarm.

According to Vancouver Fire Rescue, “one injured firefighter is being treated by [emergency services] while crews continue to chase and attack this stubborn fire under challenging conditions.” 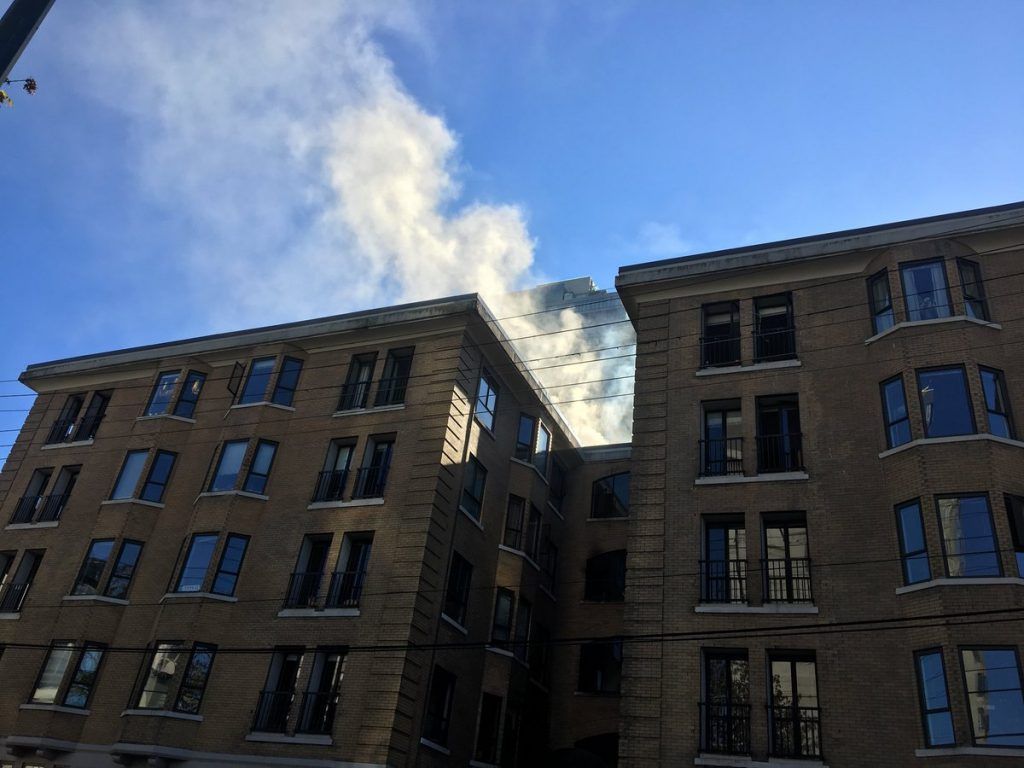 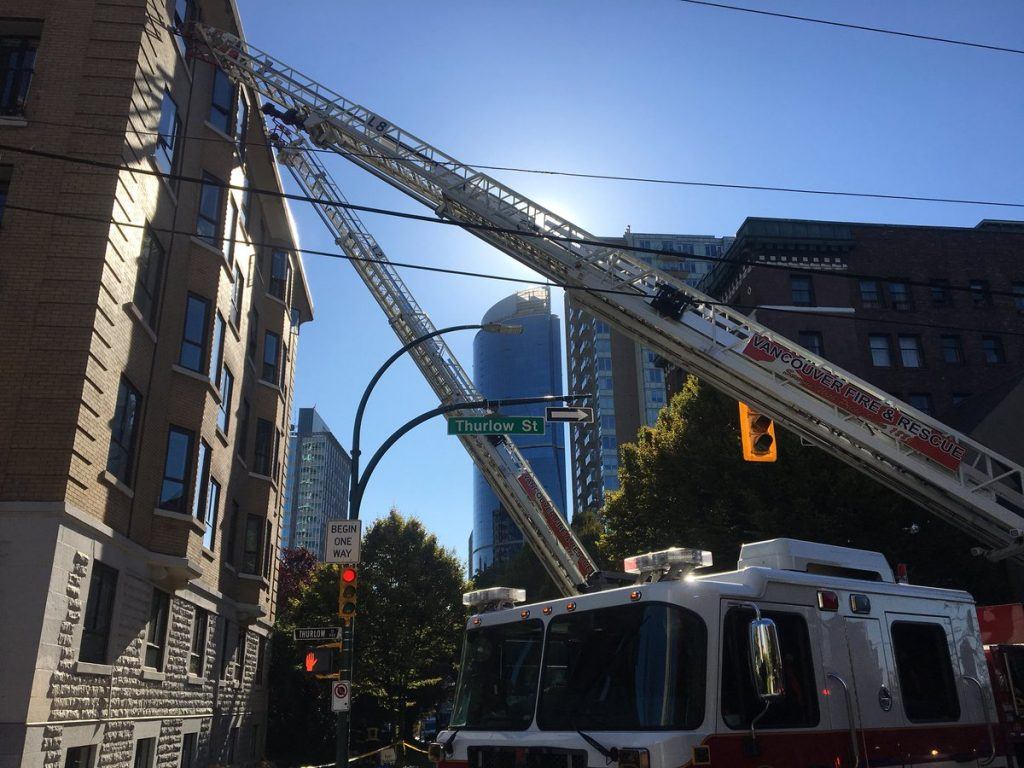 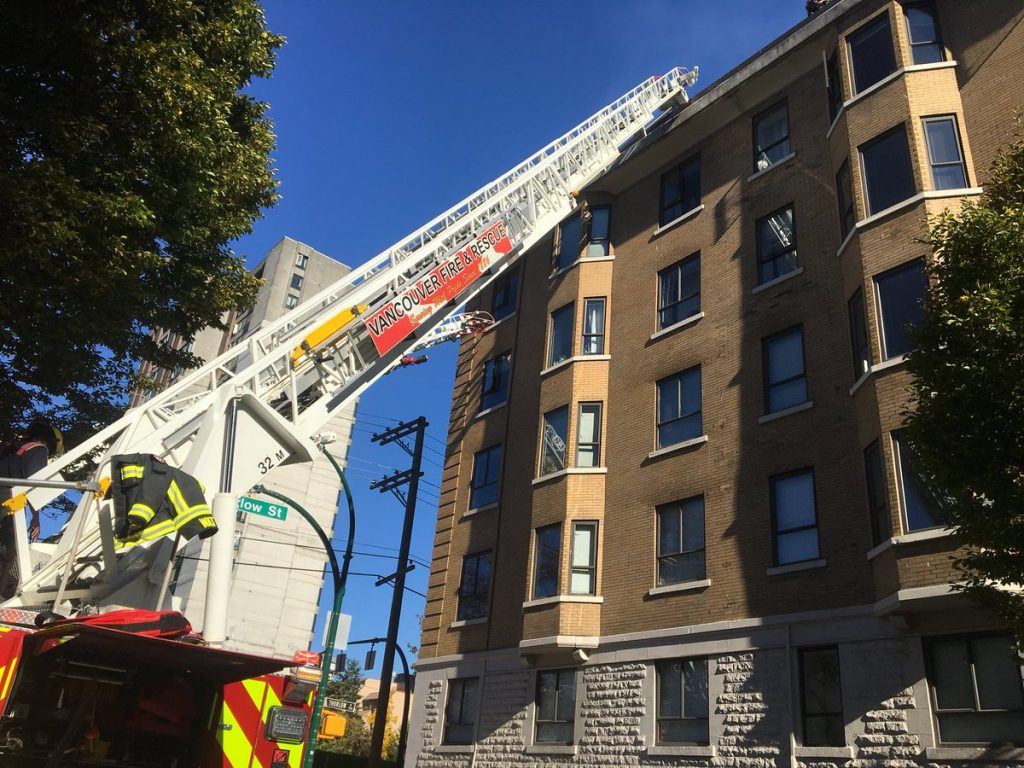