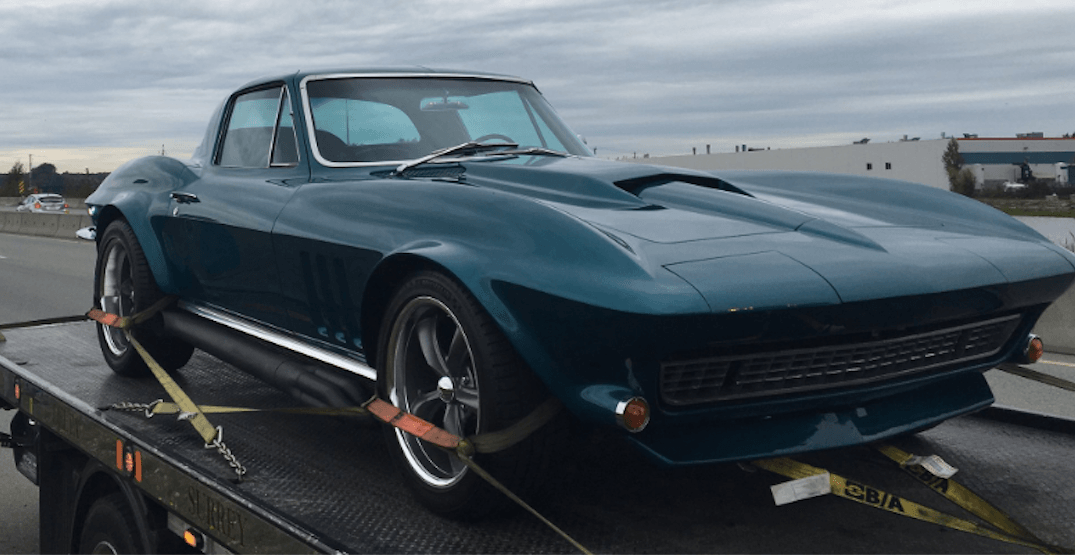 This Corvette was towed after its driver sped past a cop in Delta. (Delta Police/Twitter)

The driver of a Corvette in Delta is facing seven days without their vehicle and a $483 fine, after speeding past a police car this week.

In a tweet on Thursday morning, police said the incident happened on Highway 17 and the driver was clocked at 65 km/h over the speed limit.

Delta Police called a tow truck after this Corvette recently passed a police car on Hwy 17. Radar confirmed the driver was going 65 km/hr over the limit. The Corvette was impounded for 7 days (along with its car cover) and the driver will now be paying a $483 fine. pic.twitter.com/6lm8EXeRYy

While it’s safe to say that speeding is never a good idea, speeding past a cop is a good way to ensure you’ll be handing over some of your hard-earned cash in the form of a ticket.