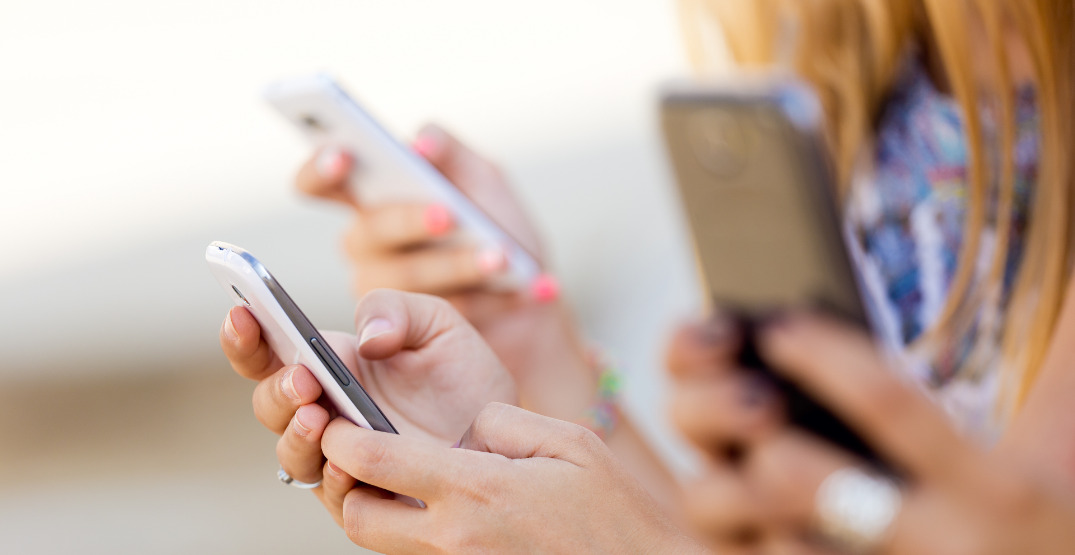 Experts have put Canada’s mobile phone networks to the test and have determined which brand is king when it comes to downloading speeds: Bell.

PCMag conducted a series of tests with the big three, Bell, Telus, and Rogers, in every major city across the country.

Findings were interesting, to say the least, but Bell came out on top, even if it was just barely.

Tests were conducted across Canada using a variety of factors, including 5G speed and access, which is available in every major city, but not all small towns just yet.

Pandemic restrictions being lifted allowed PCMag to actually drive across the country to figure out who provided the best cellphone coverage, and who was the fastest of them all. 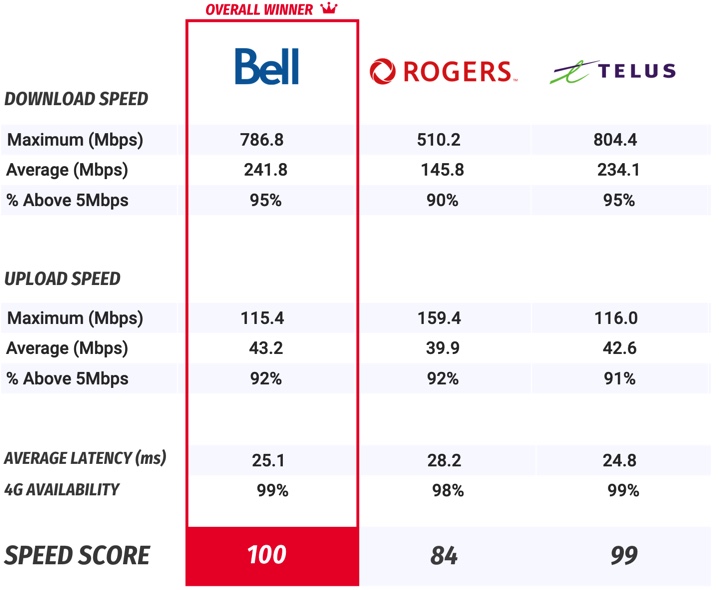 Bell edged out Telus and Rogers to claim the prestigious title of the fastest network in Canada.

While Telus reached a higher peak speed, Bell had the higher average download speed, which is likely what you’d experience in a real-world scenario.

Last year, Bell also won the title of fastest mobile network in Canada, according to PCMag.

The results were a lot closer this year.

In 2020, Bell won in 12 out of 20 cities. This year, Bell and Telus each won eight cities, Rogers came out on top in two cities, and Bell and Telus were tied in two.

Speeds are based on how much traffic is clogging up the airwaves. So, the fewer users on the network, the faster your speeds will be. Speeds have not jumped dramatically this year.

However, due to certain bands being upgraded, PCMag suggests we could see it happen next year.

Historical data from PCMag reveals that while speeds haven’t jumped, usage has, as people were relying more on mobile services during the pandemic to stay in touch.
Canada is also faring better than the US when it comes to speeds.

When it comes to 5G access across Canada, PCMag says they were able to find it through at least one carrier in every major city, with just some small towns being left out, which you can see below.

A few other interesting tidbits include the fact that Halifax was the fastest city for downloads. Into mobile gaming? Apparently, gamers in Montreal experienced the lowest latency for streaming and multiplayer games.

Toronto is the best city in Canada for 5G availability.

The title of the slowest city goes to London, which saw the lowest average download speeds.

See the full report on PCMag.