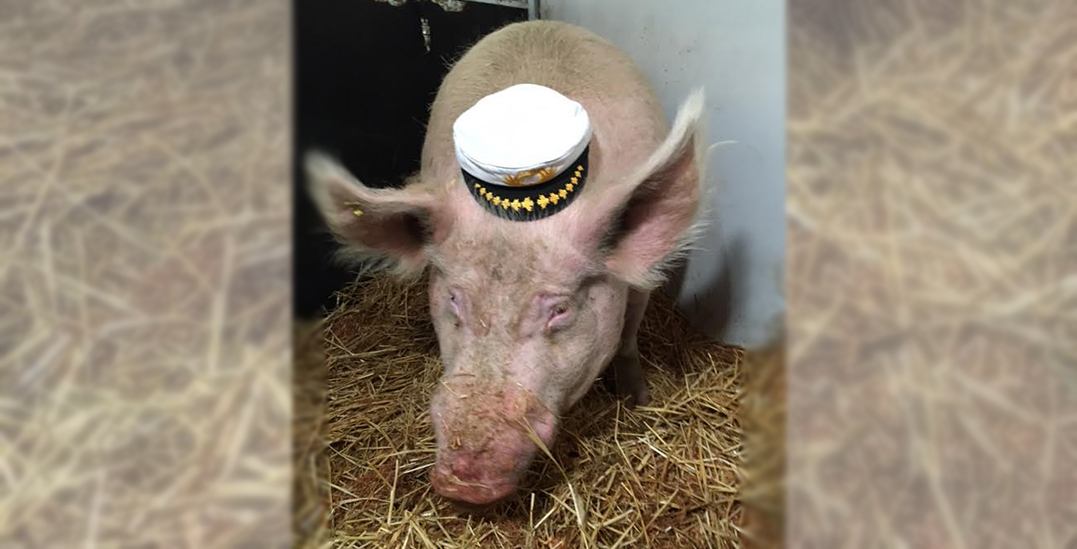 Theodore the 800-pound pig / BC Ferries

BC Ferries had a very special –and heavy– passenger today.

Theodore the 800-pound pig was heading to his forever home on Vancouver Island but to get there, he had to take a ferry.

Theodore was picked up and impounded for “running at large” in the Township of Langley and spent 180 days being cared for by the Langley Animal Protection Society.

Theodore needed a loving home and after hearing his story, Home for Hooves in Duncan, BC, decided to adopt him.

But to get there, he had to take a ferry.

“We were touched by the story, and know that pigs can’t fly, so we reached out to offer ferry transportation,” said Mika Desloges of BC Ferries in a statement.

According to Desloges, Theodore was a “big hit at the Tsawwassen Terminal this morning” and now goes by “Captain Theo.”