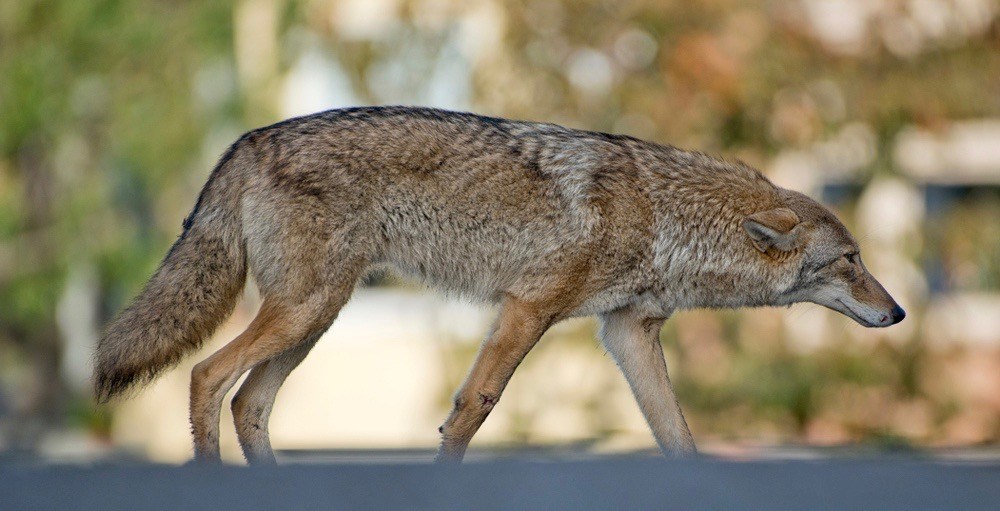 The sighting was recorded on an interactive coyote sightings map, which is powered by the Stanley Park Ecology Society.

According to Conservation Officer Lonnie Schoenthal, however, neither the police officer nor he was able to catch sight of the animal or track it down.

“Coyotes are out there, they’ve been here for a long time, and they’re certainly not going anywhere, anytime soon,” explains Schoenthal. “It’s uncommon, but there’s always the potential for them in any urban areas.”

The Conservation Officer explains that one of the most important things is not feeding the animals, and keeping wildlife, wild.

“These occurrences typically happen because somebody was feeding the animals,” he says. “They’re naturally afraid of humans, but that behaviour is broken once they’re fed.”

Similar incidents have taken place over the last year, including with bears. More and more animals have found their way unto rural areas due to human habitation and food conditioning.

In August 2018, a young bear wandered into an underground parking lot and had to be tranquillized and relocated. Another occurrence was recorded two months later when a bear climbed into the back of a family van.

Should any person find themselves in the face of a coyote, the following steps should be taken:

“Typically, coyotes are pretty easy to scare, they’re a pretty timid animal,” says Schoenthal. “Be sure to pick up any children or pets that you might have with you.”

He also explains that a coyotes diet is mainly from rodents, so smaller cats and dogs can look no different in the eyes of an animal.

For a full list of any coyote activity in Vancouver and to report sightings, you can visit the Stanley Park Ecology Society’s website.