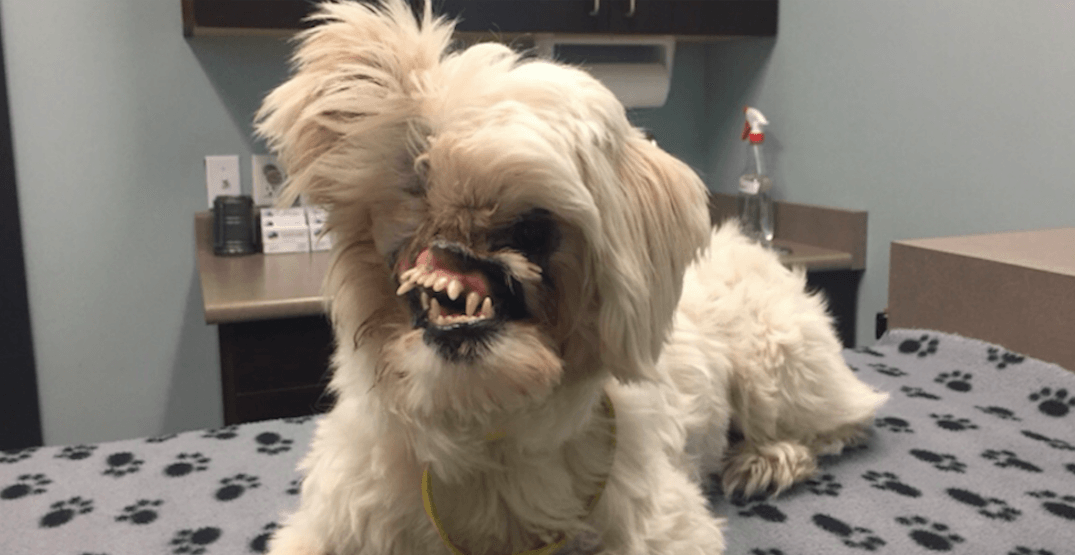 A puppy severely injured in Iran is getting a new lease on life in Canada, thanks to an overseas adoption and the generosity of strangers.

In a GoFundMe post, Sam Taylor outlines the story of Mugsy, a six-month-old pup who, in her short life, has already had to endure more than any living being should.

Mugsy was only 40-days old when someone tossed a corrosive cleaner and salts at her face, severely burning her right eye and nose.

Following the horrific incident, she was taken to a veterinarian to be euthanized, but as it turned out, the pup would get a second lease on life.

A volunteer from Persian Paws Rescue and Loved at Last stepped in and vouched for the tiny dog to have her damaged eye surgically removed and to begin her recovery.

Four months later, Mugsy was adopted overseas to the Lower Mainland and arrived just before Christmas to continue her medical needs where it could be done by specialists in Canada West Animal Hospital.

“However, because Mugsy was so young when she was injured, her jaw continued to grow and deviated by damage to her face, as part of her skull is still expanding through her scars,” writes Taylor. “Her nasal cavity is completely exposed and vulnerable to infection and further tissue damage, and desperately needs surgical intervention to correct.”

Uska created the crowdfunding campaign with a goal of raising $7,000. As of Thursday afternoon, the page had surpassed that goal, with a total amount of $7,357.

“Despite her tortuous start in life, Mugsy is a loving and forgiving puppy who lives in the moment and enjoys all the same delights every dog deserves,” Taylor wrote. “Never without a big smile and a wagging tail, we are hoping that Mugsy can still rely on the goodness of people to help her through just one more hurdle in her life.”