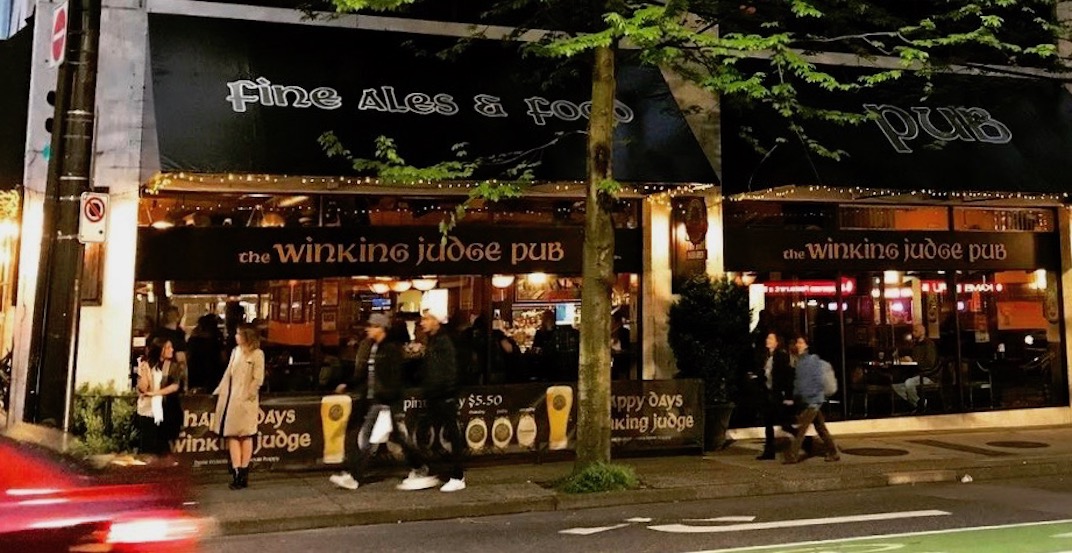 Editorial note: Since this article was published The Winking Judge has clarified their closing date will be October 30, not October 31 as originally published.

One of Vancouver’s most popular English pubs, The Winking Judge, will be closing its doors at the end of this month.

The establishment, located on the corner of Burrard and Smithe in the heart of the city’s bustling downtown, is known for its busy sidewalk patio and come as you are atmosphere.

The bar will be shutting down on October 30.

The Winking Judge has been open since October 2008, which marks ten years of business for the much-loved local watering hole.

The Winking Judge management confirmed that they’ll be doing a big Halloween night celebration on October 27 just before shutting down on the 30th.