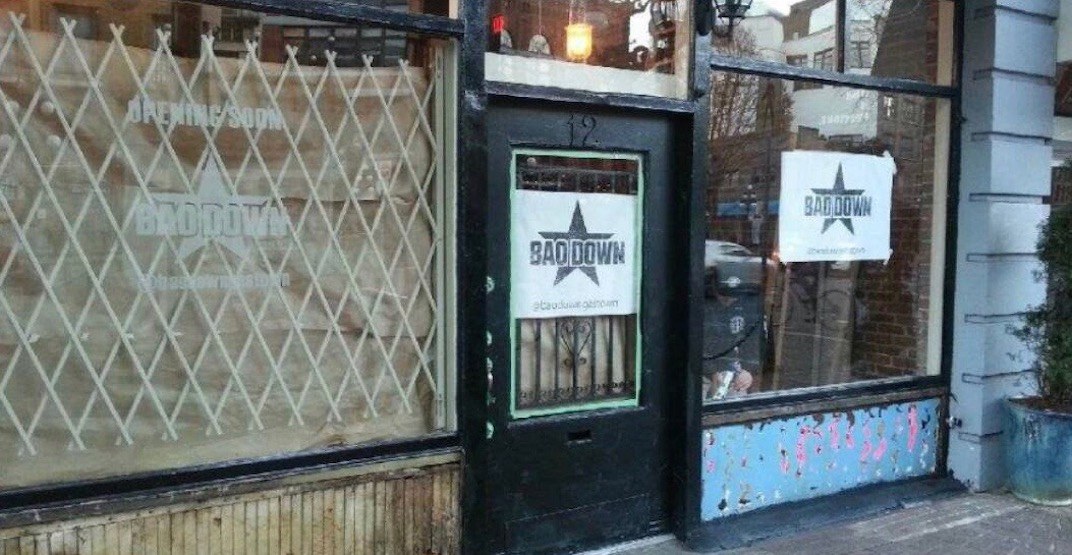 Over the past year, Bao Down has experienced a lot of change, and the brand is not finished switching things up just yet.

Bao Down (once a burgeoning Vancouver-based mini-chain) has announced it will be taking its recently-opened seafood concept in Gastown and turning it back into the OG Bao Down we know and love.

Located at 12 Powell Street, this was the first Bao Down location for co-owner Matt Adolfo and his business partner Executive Chef Greg Edwards.

Bao Down Gastown closed in February 2018 just months before the team closed their Snack Bar concept, located just around the corner at 221 Carrall Street.

Shortly after the second Gastown closure, Adolfo and Edwards told Daily Hive there were two new concepts in the works, one was Edwards Seafood & Spirits (to go in at 12 Powell Street) and the other was Nacho Loco, a Mexican cantina set to take over the now-closed space of Bao Down on The Drive at 1408 Commercial Drive.

Now, four months after opening the San Francisco-style seafood restaurant, the business owners told Daily Hive that due to the response from their loyal patrons, they have made the decision to shutter Edwards Seafood and reopen Bao Down OG at 12 Powell Street.

“We had a good run with Edwards Seafood & Spirits but we have had a lot of people coming by looking for Bao Down. So we have replied by choosing to open it again after a lot of thought,” Adolfo and Edwards wrote in an email.

Patrons can expect the Bao Down OG menu from before, as well as a few new baos, rice bowls, combos, features, and the eatery’s version of ramen and munchies, along with drink specials and “all the hip-hop will be blasting as usual.”

Bao Down OG will open its doors this week, we will let you know the exact opening date. Stay tuned.

Bao Down has continued to operate their Gastropub + Rawbar in Olympic Village at 115 West 2nd Avenue, and they opened their new mini UBC location on July 3, 2018, the same day Edwards Seafood opened.