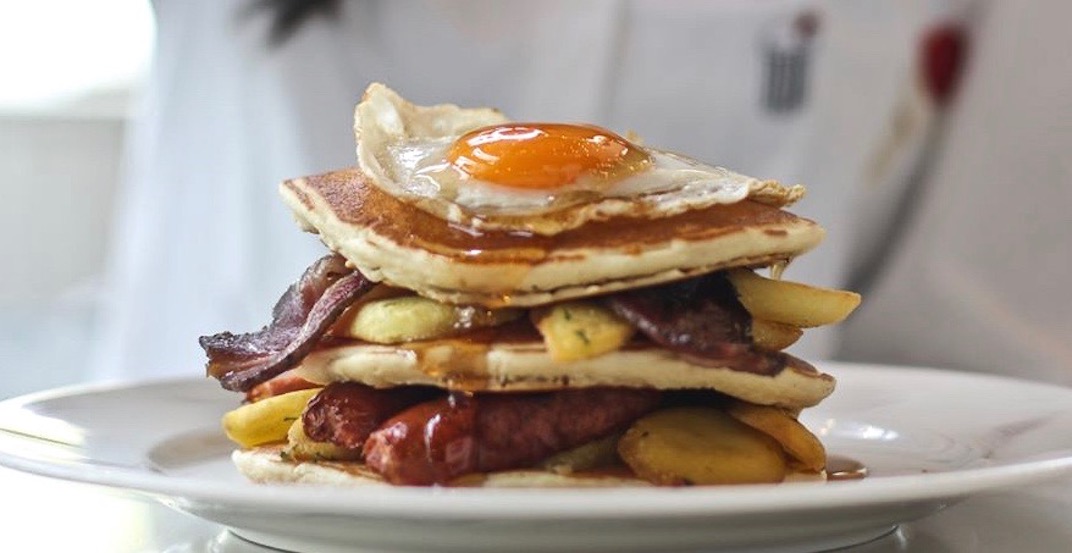 Fun to say and even more fun to eat at, Eggspectation is finally opening in Metro Vancouver.

The Montreal-based breakfast, brunch, lunch, and dinner spot has 13 Canadian outposts, mostly in Quebec and Ontario, along with several locations in the United States, Dubai, India, and Qatar – so it’s safe to say we are ready for BC’s first ever restaurant to open.

Patrons will get the chance to take a crack at the impressive menu at the soon-to-open Richmond location of the chain in early November, according to Eggspectation Director of Operations, Sanjeev Rohailla.

The first BC location of this spot will be located at the Accent Inn Vancouver Airport Hotel in the former 4,300-sq-ft home of IHOP in Richmond, and it will feature separate day and evening menus.

Known for their wide variety of breakfast staples like crepes, omelettes, and eggs benedicts, patrons can also expect to find soups, salads, pasta, steak, chicken, seafood, and sandwiches up for order at the 200-seat eatery (which also boasts a patio).

Rohailla told Daily Hive that the Eggspectation team plans on expanding more in BC (Burnaby, Kelowna, and Victoria), along with several new restaurants planned for Ontario as well.

Stay tuned for an exact opening date for the Richmond spot, brunch lovers.