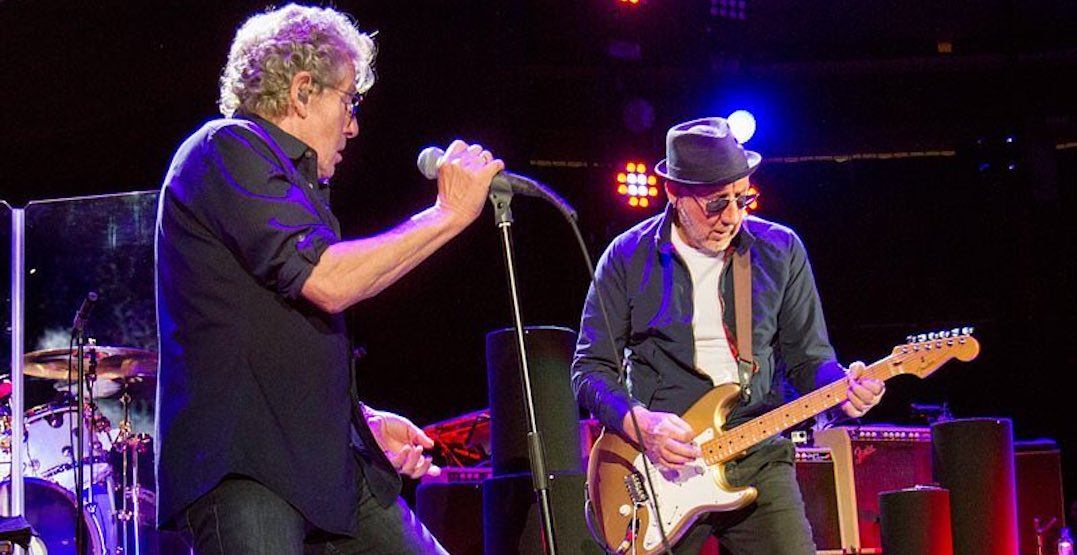 As part of their 2019 North American ‘Moving On’ tour, the iconic band will be taking over the Rogers Arena on October 21,  and we’re not foolin’.

The kickoff date is May 7 in Grand Rapids, Missouri, with the band wrapping up the first leg of the tour on June 1 in Toronto.

“The Who are touring again in 2019. Roger christened this tour Moving On! I love it. It is what both of us want to do. Move on, with new music, classic Who music, all performed in new and exciting ways,” says guitarist and songwriter Pete Townshend in a press release.

Fan club presale starts Wednesday, January 16 and runs through Thursday, January 17. Every pair of tickets purchased online includes a redeemable code for a CD copy of The Who’s new album, which will be released later this year.

Tickets go on sale to the general public beginning Friday, January 18 and will range from $53 – $304.

The Who ‘Moving On’ Tour