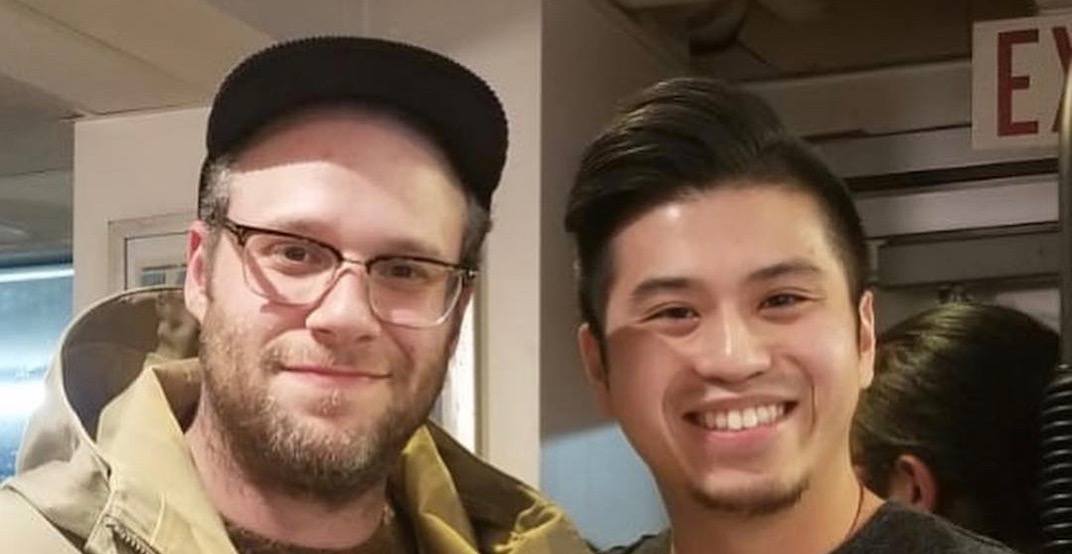 If we weren’t sure they were filming for Ugly Delicious before, we’re pretty positive they are now – because both Seth Rogan and American restaurateur David Chang have given a major shout out to the same establishment on Instagram.

Homegrown funny guy Rogen has been spotted around Vancouver on a recent visit earlier this week with Chang in tow.

Both stars were photographed at Granville Island Public Market at Lee’s Donuts, and it looks like the eating tour continued.

Both A-listers praised the low-key joint, and Rogen even went as far as saying “The best BBQ places are generally in the underground parking garage of department stores.”

The HK BBQ Master team posted photos with both Rogen and Chang during their visit to the Chinese restaurant, captioning, “We will continue to work hard to bring the people not just the food they want, but the food they deserve!”