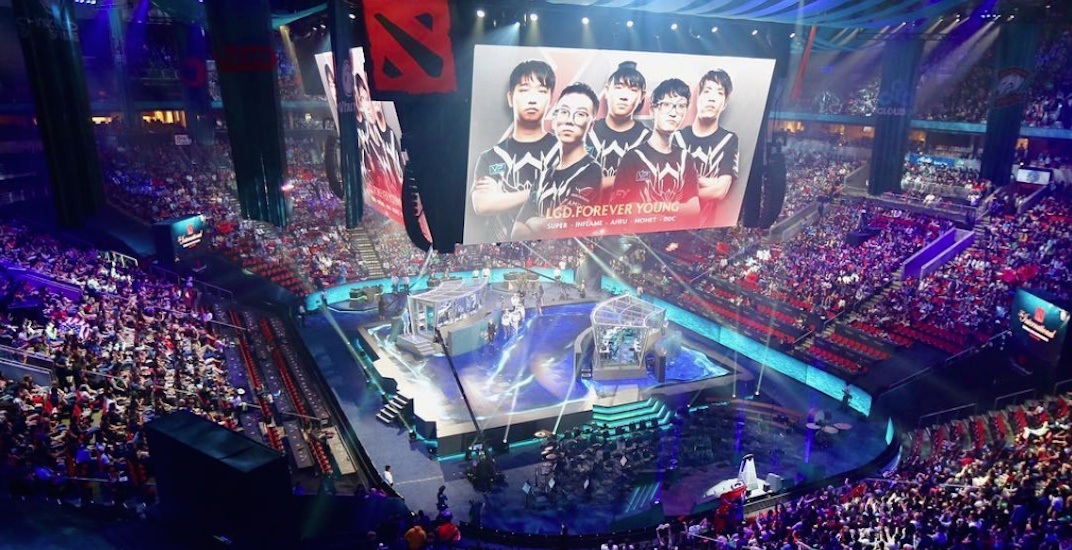 The world’s most elite video gamers and their fans will be descending onto downtown Vancouver this summer.

Organizers of the International DOTA 2 Championships have announced they will be ditching their longtime home of Seattle and relocating their week-long event to Vancouver for the first time ever.

The tournament is the largest annual eSports tournament in the world and one of the most prestigious with a prize pool of about US$25 million during last year’s iteration of the tournament, with the first place winner taking home nearly US$10.9 million.

It was held at Seattle’s 17,500-capacity Key Arena over the last six years, but it will be relocated to Rogers Arena in Vancouver for this year’s event held from August 20 to 25.

The inaugural tournament was held during the 2011 Gamescom convention in Cologne, Germany.

A reason for the relocation to Vancouver was not provided, but it could be related to the expected $600-million rebuild of Key Arena. It is also unclear whether this will be a one-year event in the city or a consecutive multi-year stay.

DOTA 2 is a free-to-play multiplayer online battle arena game with over 10 million players around the world.

Locals have previously won some of the tournament’s top prizes. In 2015, Vancouver resident and former UBC student Kurtis Ling was part of a five-member team that won DOTA 2’s then-top prize of $6.6 million.

According to a Forbes article in 2014, the best streamers (people who play video games for others to watch) can earn as much as US$300,000 per year, and that does not include income from winning prizes at eSports tournaments such as DOTA 2.