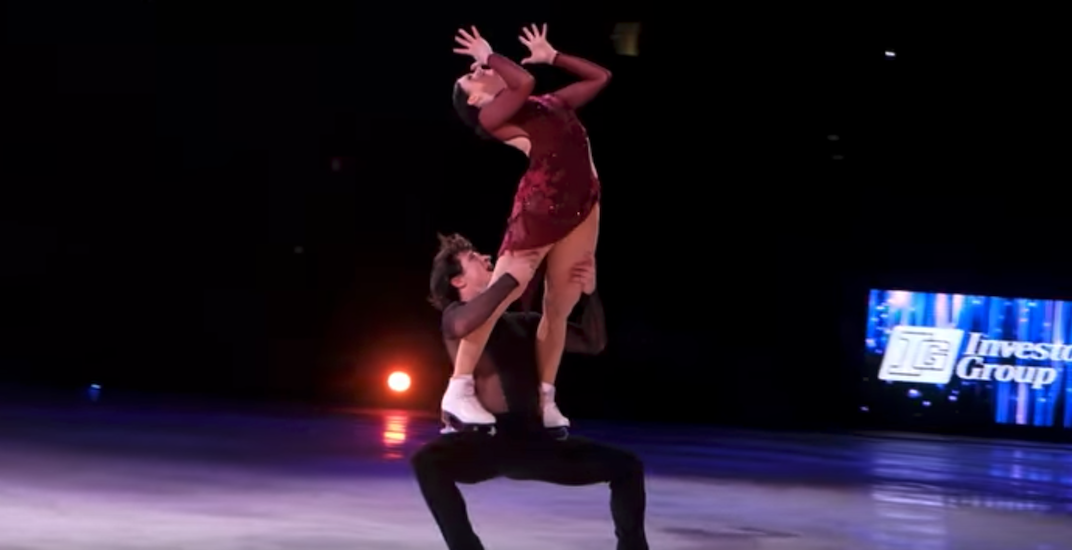 Some of the best figure skaters in the world performed in Vancouver on Thursday, to the delight of a sold out crowd at Rogers Arena.

The entire Canadian gold medal winning figure skating team from PyeongChang took to the ice – and while Vancouver’s Patrick Chan endeared himself to the hometown crowd by wearing a Canucks jersey – who’s kidding who, we know what everyone came to see.

They wanted to see the dance.

Tessa Virtue and Scott Moir captured the hearts of Canadians in a way we’ve never seen before at the Olympics in February. Not only did they perform multiple songs at the Stars on Ice show, they did their most famous dance.

Roxanne, the Moulin Rouge favourite that set a new world record and won Virtue and Moir their most recent Olympic gold medal, was what people wanted to see.

And when they did… Well, people lost their minds just a little bit.

Here’s some of the best of the rest…