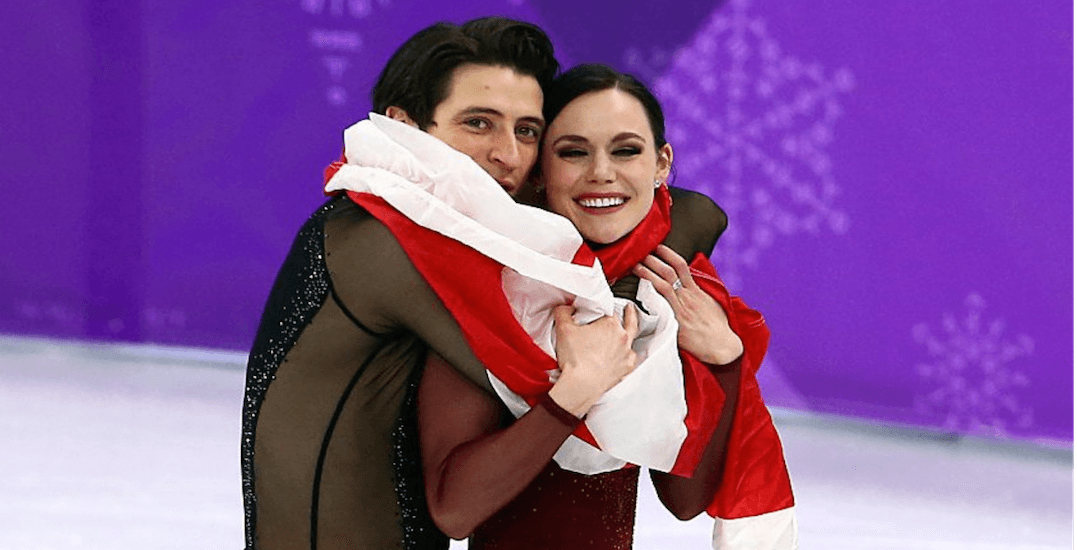 It’s safe to say that Tessa Virtue and Scott Moir’s experience at the Pyeongchang Olympics will go down in history.

From being chosen to represent Canada as the flag bearers during the opening ceremony to breaking the internet with their Moulin Rouge ice dance routine to posting a world record score for their gold medal performance, the pair is a force to be reckoned with. (No wonder their names are still trending on Twitter.)

Virtue and Moir are now the first figure skaters in history to own five Olympic medals. They already had a gold from Vancouver, two silver medals from Sochi, and the team event gold they won last week in Pyeongchang.

But what makes the pair’s time in Pyeongchang even more surreal is that it’s said to be their final Olympic Games.

At Tuesday’s event, Virtue and Moir were the final team to hit the ice and they gave a picture-perfect performance on the world’s biggest stage.

Beating out the French team of Gabriella Papadakis and Guillaume Cizeron’s world record score of 205.28, the Canadians finished with a new world record of 206.07.

And of course, the internet could hardly contain itself.

From former Olympic athletes to Hollywood’s finest, here are the best reactions to Scott and Tessa’s life-changing gold medal win.

Go @TeamCanada[email protected] is a legend — makin’ it look easy. And thank you @tessavirtue & @ScottMoir for agreeing to raise my children as your own.🇨🇦

Virtue/Moir- their skate will be an iconic Olympic skating moment

Anyone else sitting in front of their tv’s overly invested in Tessa and Scott like they’ve been best friends with them for years? 😭

They been together over twenty I don’t know nobody for twenty that I like lmao!!! Let alone skate with lol @NBCOlympics @Olympics pic.twitter.com/DwcEc2Bhy4

I just want someone to look at me the way I look at Virtue & Moir.

Me, this morning: “Who the hell are Virtue and Moir?”

Me, this evening, opening weeping and screaming at the TV: “JUST TELL TESSA YOU LOVE HER.”

If you watched Virtue and Moir’s gold medal performance tonight, technically you are a champion too*.

MY HEART HASN’T POUNDED LIKE THAT IN A LONG TIME.
Congrats Tessa and Scott!!!! #VirtueMoir

Scott and Tessa may not be a couple but I think there’s going to be a lot of Canadian babies born nine months from tonight.

Nothing but respect for MY presidents… er… prime ministers #VirtueMoir 🇨🇦🏅⛸ pic.twitter.com/z7c5cQDEgs

I’m not even kidding when I say these are the two biggest moments for Ilderton in 2018:
1.) Scott and Tessa win gold
2.) Ilderton finally gets a Tim Hortons

I think after Tessa and Scott, I now understand true love and am ready to give up the bachelor life and get married now.