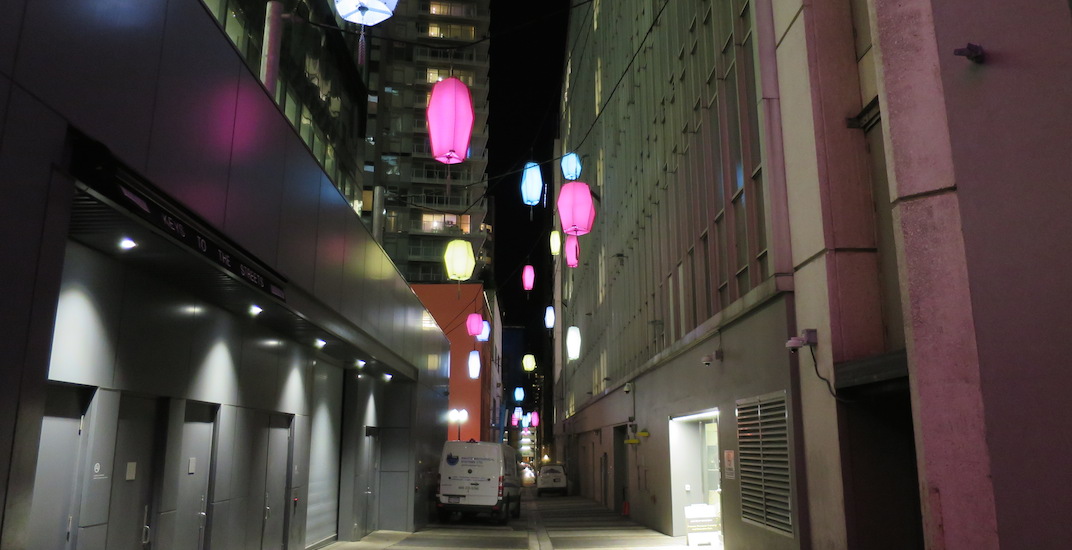 The laneway splicing through the TELUS Garden city block in downtown Vancouver will soon be transformed into a vibrant, pedestrian-friendly destination, as originally intended.

TELUS has submitted a liquor primary and outdoor patio license application to the City of Vancouver for a new tenant that will be moving into the laneway in 2019. 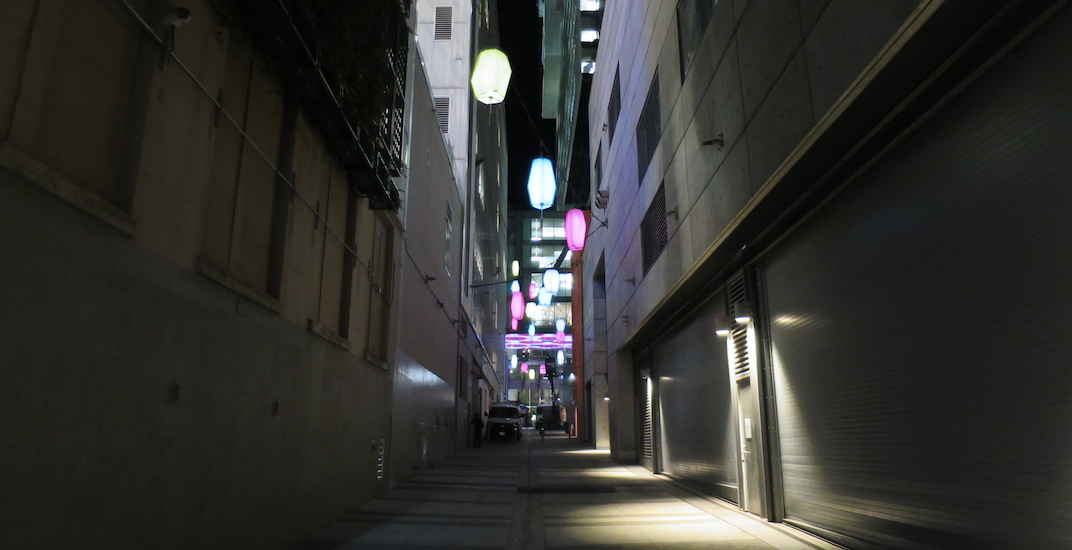 The application calls for “upscale wine/martini lounge/bar offering” venue with a new 24-person liquor primary license with a 17-person outdoor patio. It will also offer light snacks, with the initial operating hours proposed for 9 am to 1 am between Sunday and Thursday and 9 am to 2 am between Friday and Saturday.

As it turns out, this is just one of several new businesses that will be added to the laneway next year in an effort to activate the space, which was created a few years ago as part of the $750-million redevelopment that created the TELUS Garden office and residential towers.

“The application is for one of a number of new tenants that will be moving into TELUS Garden’s laneway in 2019,” Ryan Bazeley, a spokesperson with TELUS, told Daily Hive. More details on the tenants will be released at a later time.

“Throughout the year, the laneway will be transformed into a vibrant, community-oriented destination that offers Vancouverites a welcoming place to eat, drink, shop and socialize,” he added. 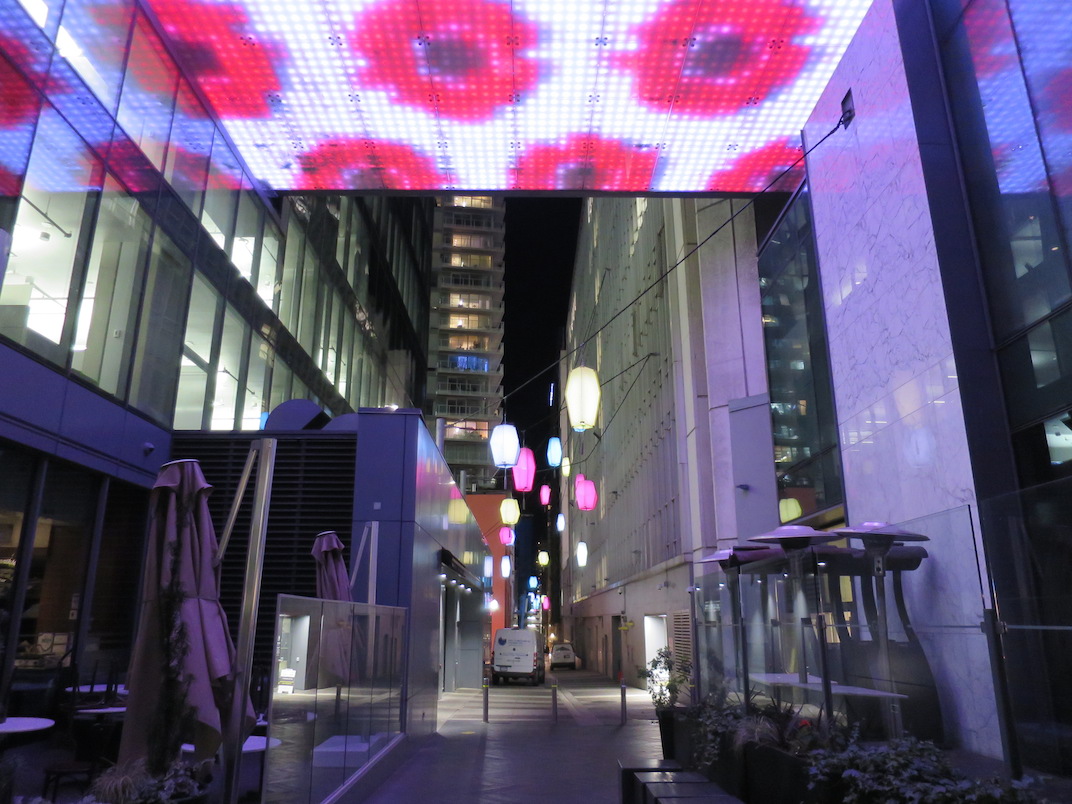 The laneway stretches from West Georgia Street to Robson Street, with eateries Nosh and Tractor Foods bookending the city-block-long space. The only business that currently has a storefront entrance within the laneway is Innovation Fitness, which is located roughly in the middle of the space.

Other improvements that have already been made include a unique overhead lantern public art installation by famed Scottish artist Martin Boyce, and more recently the Kingston Hotel – wedged between the TELUS Garden office and residential towers – received a bright refresh with its new exterior paint. 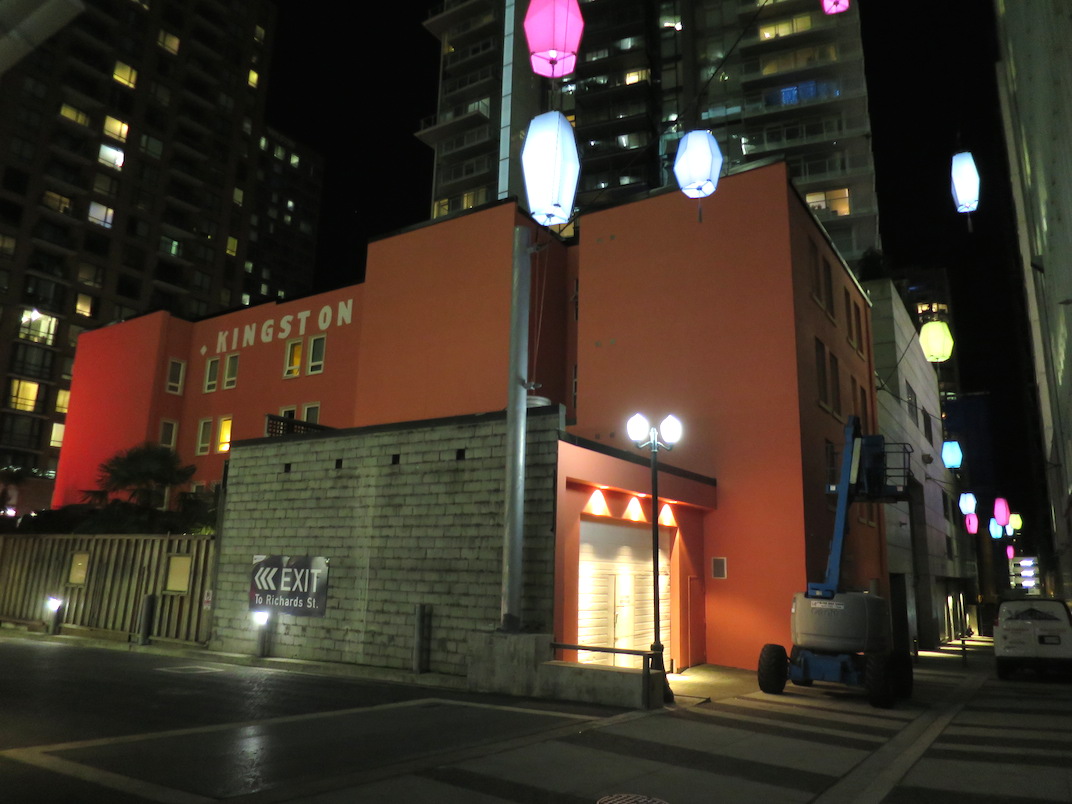 There are three other pedestrian-friendly laneways in downtown, as initiatives led by the Downtown Vancouver Business Improvement Association, the City of Vancouver, and other groups.

The completed laneways are located near West Pender Street (between Granville and Seymour streets) and Granville Street (right behind the Orpheum Theatre). A third activation is planned for the laneway north of Robson Street (between Burrard and Thurlow streets), which is home to Canada’s second permanent Off-White store.