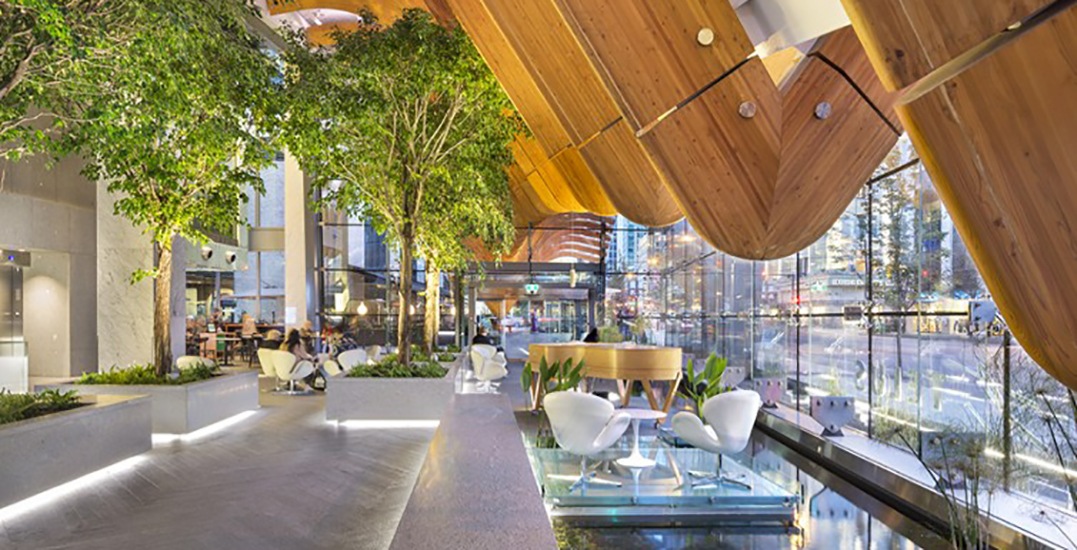 TELUS Garden, one of downtown Vancouver’s premier commercial spaces, has been sold to an unnamed buyer.

According to a news release discussing the telecom company’s Q2 earnings, the “real estate joint venture accepted an offer to purchase the income producing property and related net assets.”

The deal seems to be shrouded in mystery, as the company failed to mention who the buyer was.

There was also no mention of the sale price.

Perhaps the only clue or indication of any sort is a comment from TELUS sharing that “during the third quarter of 2018, [they] expect to record [their] share of the gain, which is estimated at approximately $170 million.”

An exterior look at the building (Westbank).

The two companies partnered, as equals, earlier in 2011. The building was completed in 2015.

The building includes a 22-storey, 450,000-sq-ft office tower at the northeast corner of West Georgia and Seymour Street. The rooftop boasts 300 solar panels that generate approximately 65,000-kilowatt hours of electricity per year.

At the time that the press release was made public, the sale was expected to be completed prior to August 3, 2018.

The company has not released any further comments regarding the deal.