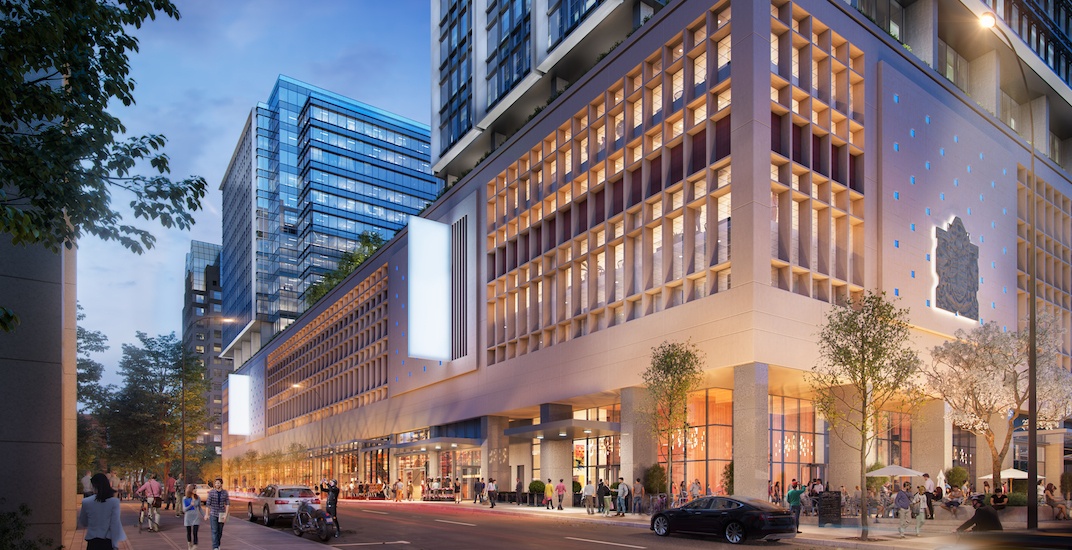 We now have a better idea of what the Canada Post redevelopment, involving Amazon as the building’s anchor office tenant, will look like.

Dubbed ‘The Post’ by local developer QuadReal, the redevelopment of the city-block sized former post office building in downtown Vancouver will become Amazon’s largest corporate office location in the city once it opens in 2023.

Amazon currently has offices at TELUS Garden and a temporary office at Bentall Centre, and a third purpose-built location is currently under construction just across from The Post.

The Seattle-based tech giant’s lease of 416,000 sq. ft. of office space, which was announced earlier this year, accounts for over one-third of the redevelopment’a total office area.

Two 15-storey office towers will be built on top of the post office building, and its heritage facade will largely be preserved. The redevelopment, designed by MCM Partnership Architects, has a LEED Gold environmental target. 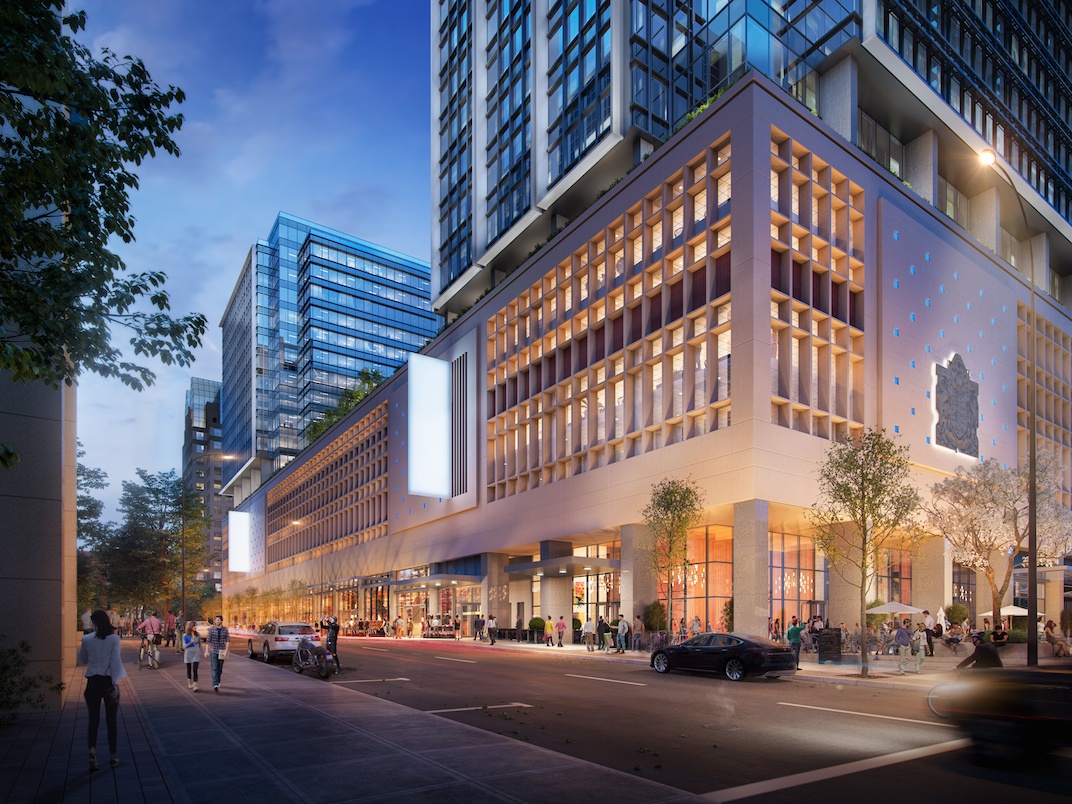 A large outdoor amenity space is planned for the rooftop of the podium between the two towers, with features including green spaces, BBQ areas, and even a large playing field for basketball and soccer.

At this time, the tenants of the remaining office space are not known.

“There are lots of options for all tenants, given the variety of floorplates and the 1.13 million square feet of office space,” Andy Clydesdale, Executive Vice-President of Retail at QuadReal, told Daily Hive. “There is lots of interest in this unique space, but we can’t disclose any other tenants at this time.” 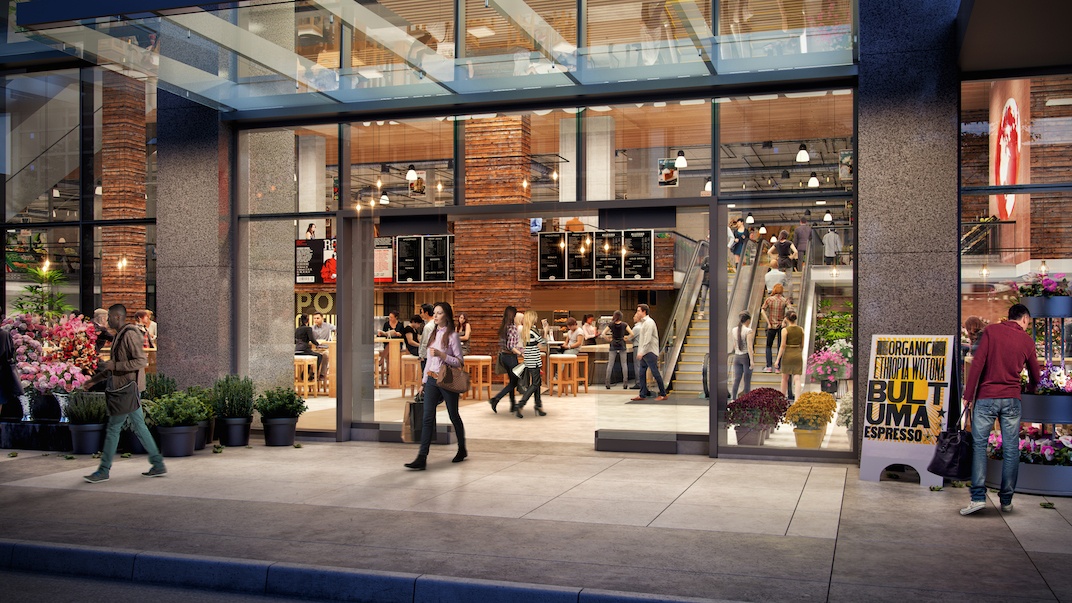 In addition to the office space, there will be a significant retail aspect, with 200,000 sq. ft. of retail space spanning the lower floors of the podium.

This is the largest new, purpose-built retail addition to the downtown Vancouver peninsula in about two decades.

“There will be grocery, a variety of food offerings, restaurants, a food hall concept, grab and go offerings and fitness amenities to serve the growing local community of Crosstown,” he continued.

“We anticipate a real focus on lifestyle and being a cultural hub where people gather and enjoy local foods, fashion and the arts. You can expect to see an outdoor retailer as well as programs that support incubator-style retail.” 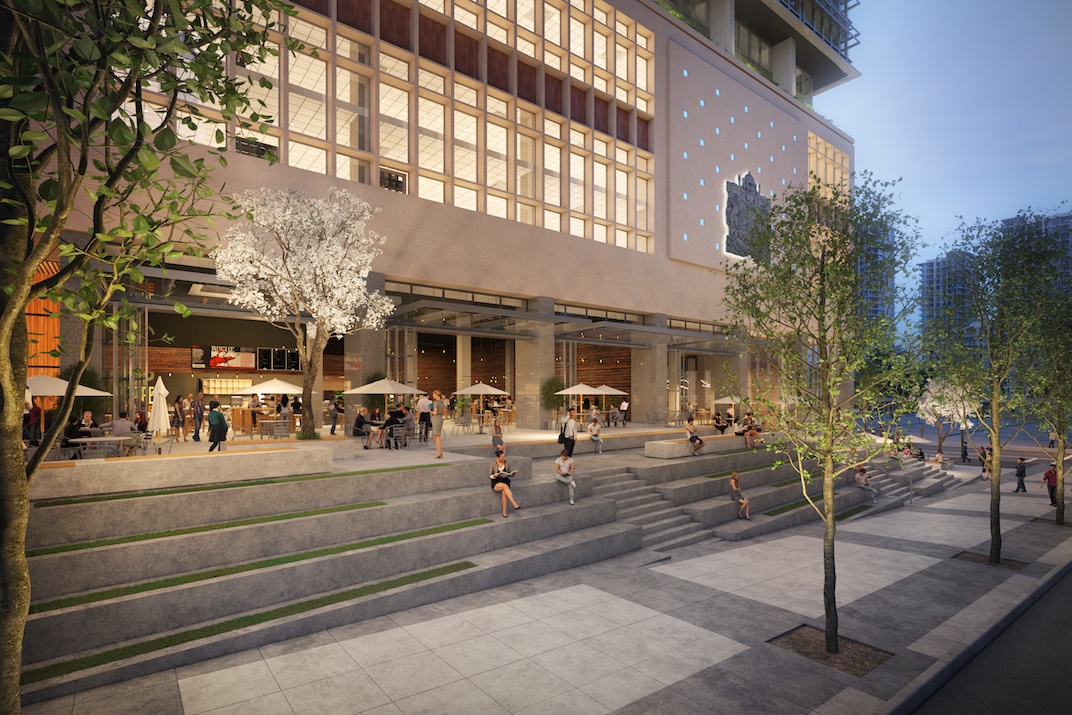 A large retail space spanning 50,000 sq. ft. with a main entrance on Homer Street will be downtown’s largest grocery store, and a one-of-a-kind food hall – designed by New York-based AvroKO – taking up approximately 20,000 sq. ft. brings a new food court concept to BC.

For a taste of what to expect, AvroKO designed similarly-sized food halls at China Live and the Dropbox HQ in San Francisco, Hudson Eats and Gotham West Market in New York, and Union Station in Denver. 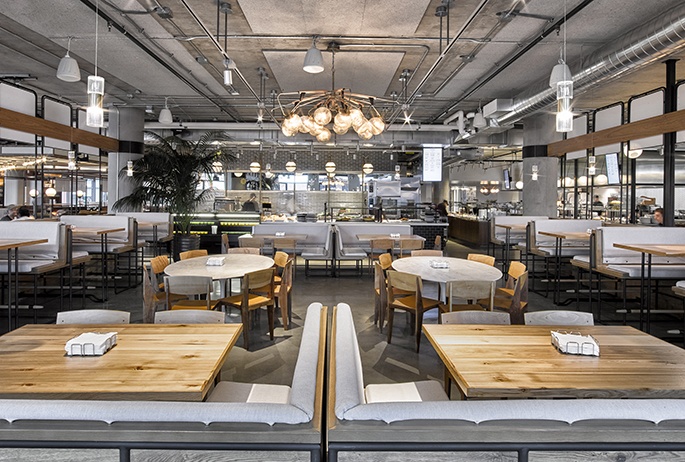 The food hall at the Dropbox HQ in San Francisco. (AvroKO) 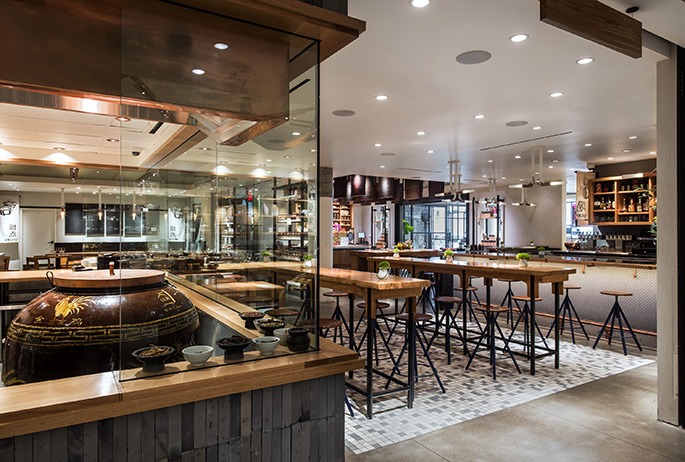 About 20,000 sq. ft. of traditional restaurant space is also planned for the West Georgia frontage.

With over 7,000 people expected to be working the building’s office and retail spaces, including 3,000 Amazon employees, there is no question the redevelopment will be an immense catalyst for the Central Business District’s eastward expansion. 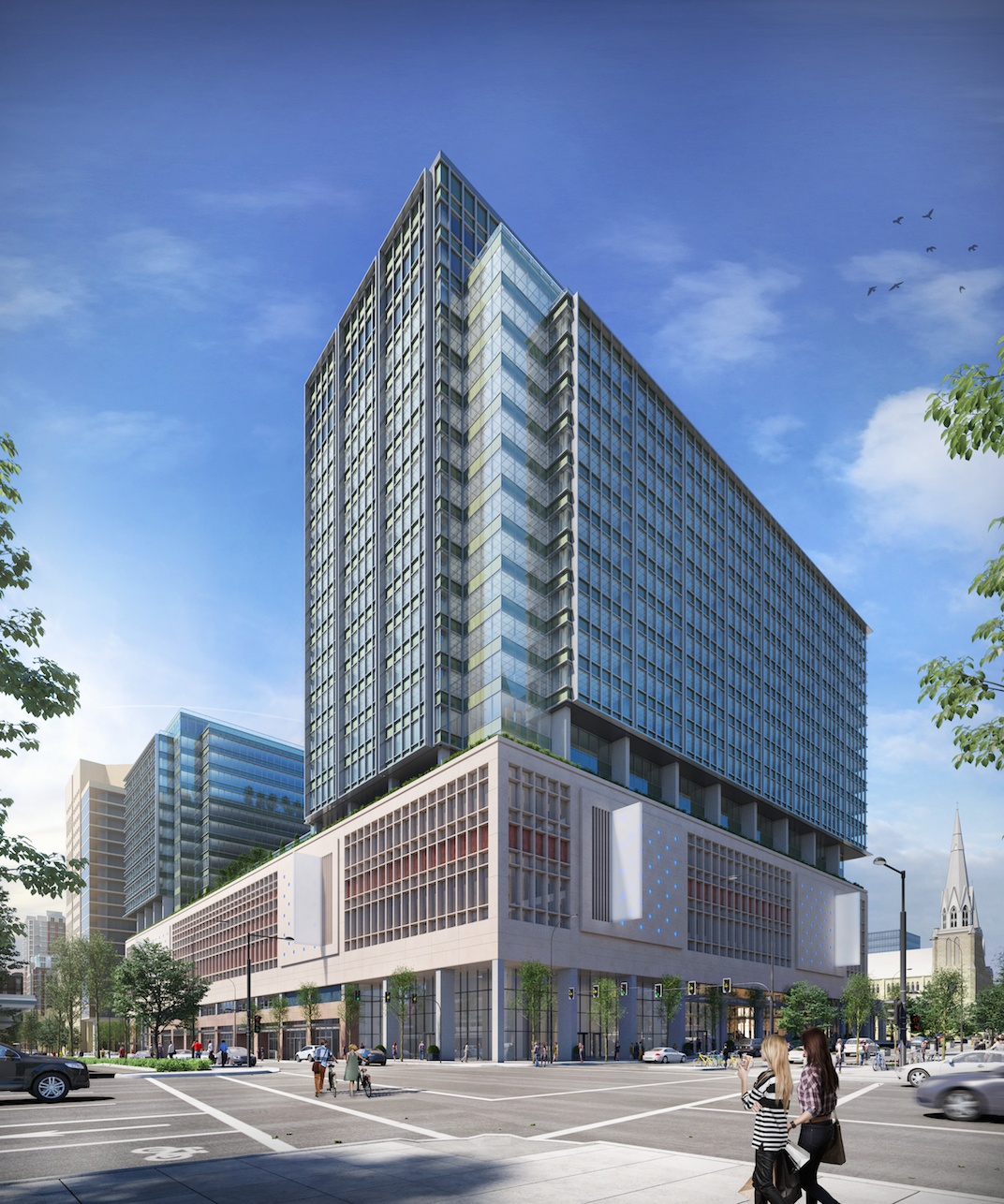 “This is a really special heritage building—dare I say iconic? We’re excited to be breathing new life into this part of downtown,” he added.

“I think The Post will become the cultural hub for the area, providing much-needed retail, grocery, and restaurant and food options. With more people living and working here, it will become a gathering place. And people visiting Vancouver will be drawn to see how a mid-century landmark has become a modern focal point for the city.” 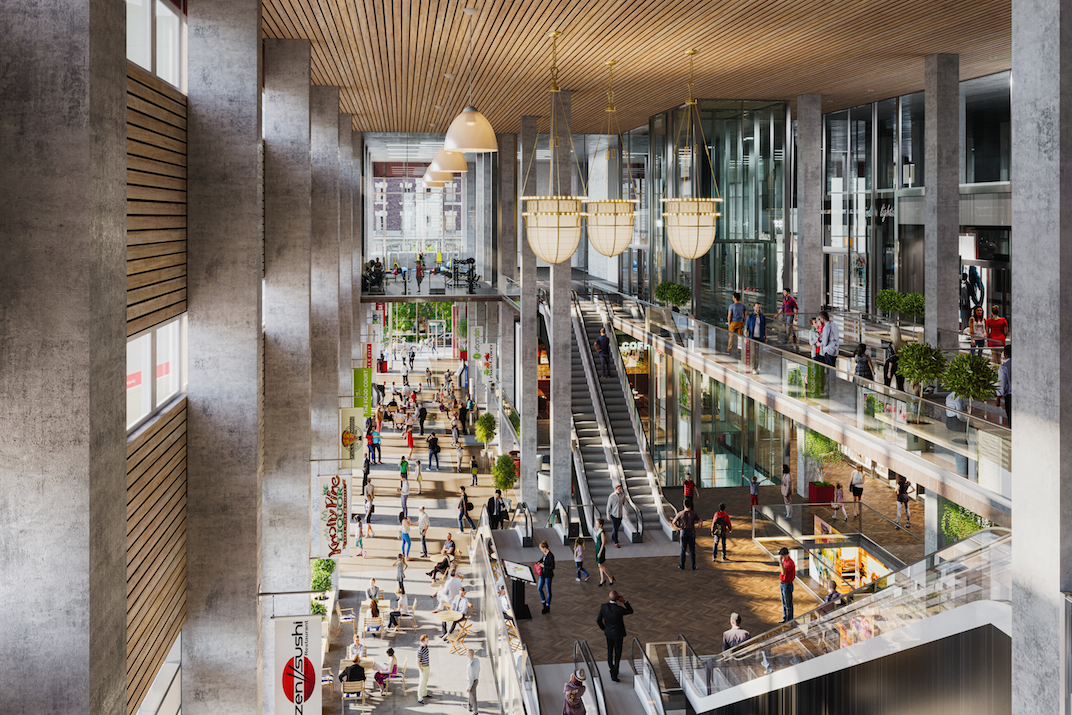