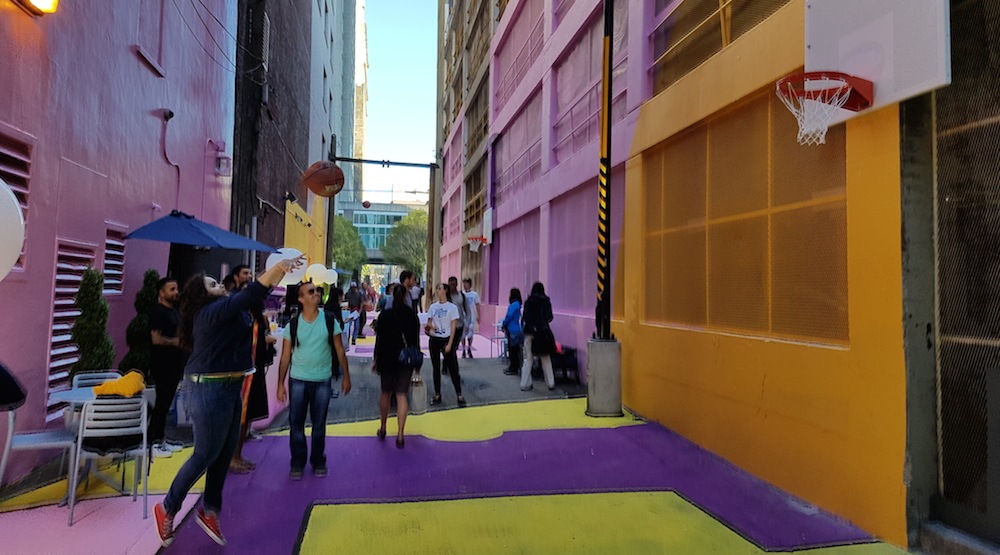 Almost exactly one year after it opened to the public, downtown Vancouver’s first reimagined laneway – dubbed Alley Oop – has received a major accolade for its innovative approach.

According to a release, the laneway project was among 11 qualified entries in the ‘public space’ category, including capital improvements that enhance urban design, transportation methods, physical function, or economic viability. 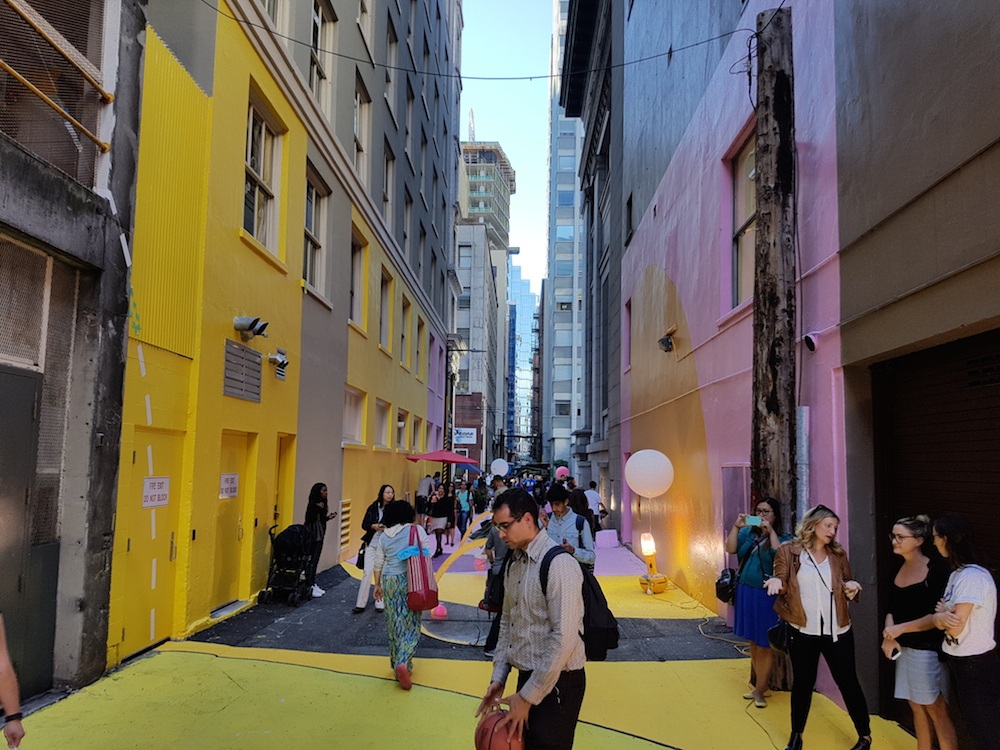 “We’re thrilled to have been recognized with this Downtown Achievement Award of Excellence for our project which boldly reimagined laneways to increase Vancouver’s public space, creativity, walkability and livability,” said Charles Gauthier, President and CEO of the DVBIA, in a statement.

“We set out to transform an underutilized space into a vibrant public space— friendly, accessible, and a lively part of our downtown urban streetscape.”

Alley Oop is the laneway south of West Hastings Street between Granville and Seymour streets – right behind the Odyssey nightclub – in the Central Business District.

To activate the laneway into an appealing pedestrian-friendly and programmable space, the road surface and walls were painted with colourful shades of bright pink and yellow, and the number of garbage bins were reduced, with local businesses now sharing just two disposal units 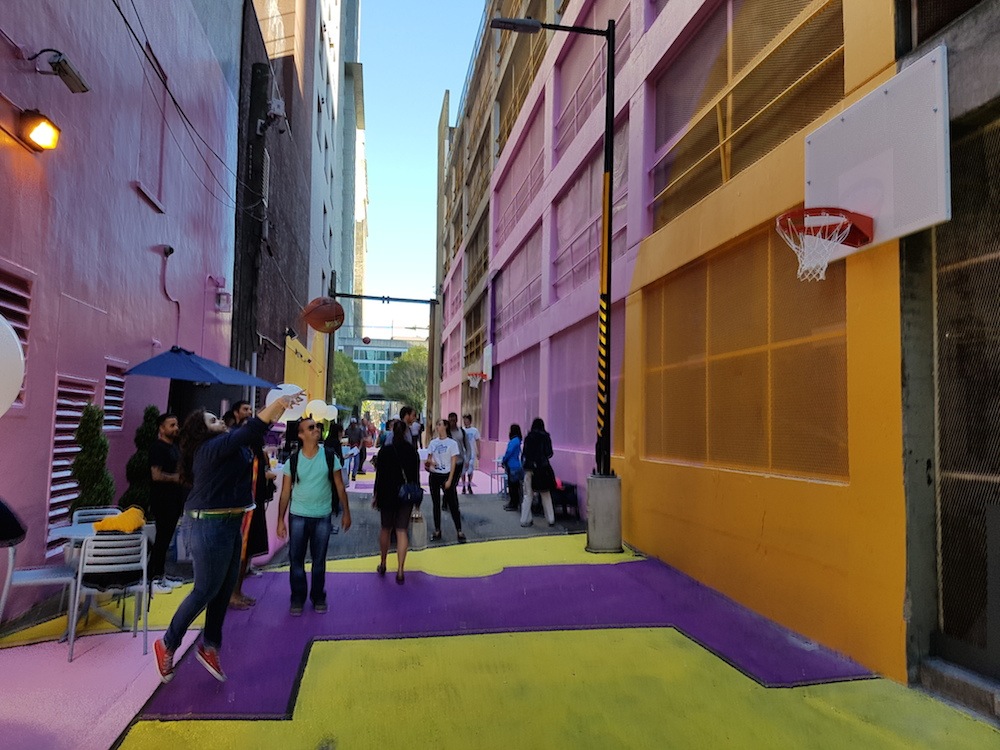 Basketball hoops were also installed into the laneway to create a new way for office workers and passersby to socialize.

Two additional laneway transformations in downtown are forthcoming as part of the $200,000 More Awesome Now project.

This includes the Orpheum Theatre laneway, which is getting a ‘psychedelic’ makeover with a major interactive public art installation. When complete later this year, the DVBIA will turn their attention to the planned redesign of laneway north of Robson Street between Burrard and Thurlow streets.