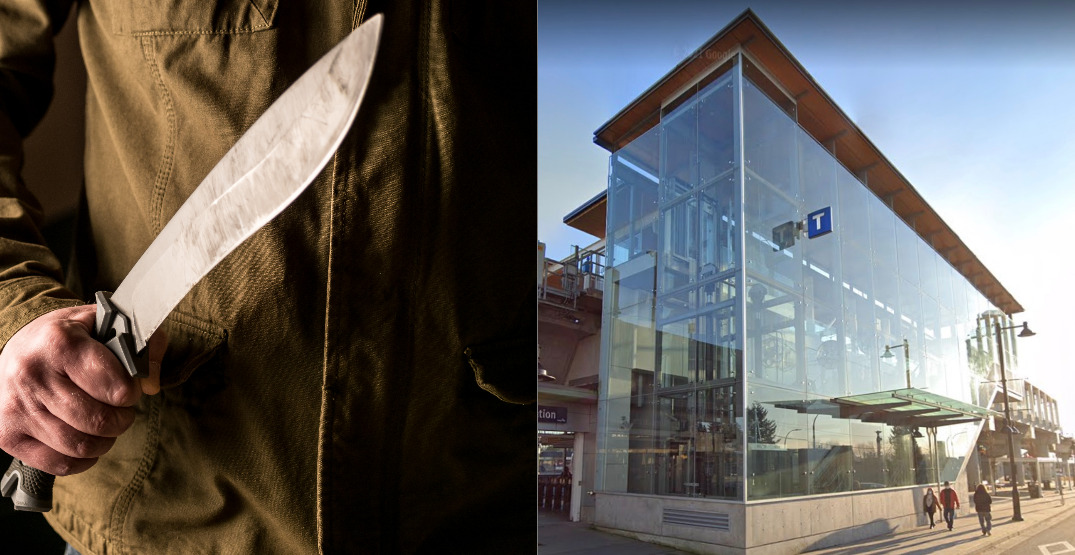 Two teens have been arrested and charged in connection with a gruesome, “brazen” Metro Vancouver machete attack. The suspects were 16 and 17 years old.

Charges of aggravated assault have been approved against the two suspects, in an attack that occurred on March 10 at the Burquitlam SkyTrain station.

A man was chased into the station at around 6 pm by two suspects, one of whom was carrying a large machete, according to Metro Vancouver Transit Police. The victim attempted to use a pylon to protect himself, while one of the suspects was allegedly swinging the blade in his direction. The machete eventually made contact with the side of the victim’s head.

The victim suffered a large laceration to his head, which required multiple staples to close.

After the attack, the suspects fled the station as a witness called 911. Police officers arrived on the scene shortly after and tended to the victim until the BC Ambulance Service arrived.

“This was a terrifying ordeal for everyone involved, and our officers put in a lot of work to make the arrests quickly. However, we do not believe there is a risk to public safety as the suspects and victim were known to each other,” said Metro Vancouver Transit Police Constable Amanda Steed in a statement.

The suspects who cannot be named due to the Youth Criminal Justice Act were from Port Moody. Along with the aggravated assault charge, Transit Police are also recommending charges of Failure to Comply with a Court Order, Possession of a Weapon for a Dangerous Purpose, and Possession of a Controlled Drug or Substance for the Purpose of Trafficking.

The two teens have been released from custody with several conditions including a nightly curfew as they await their next court appearance.