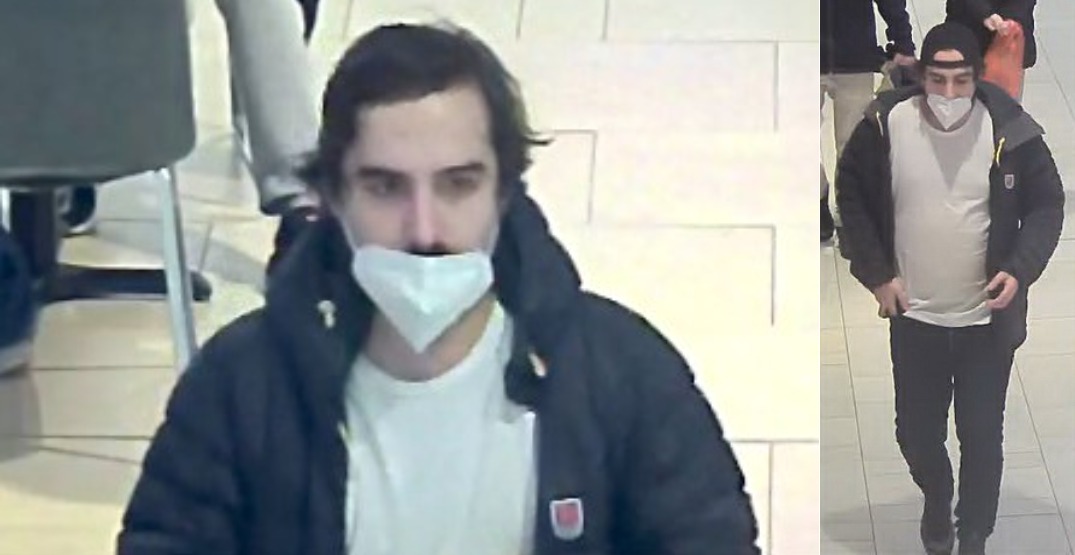 Even though Richmond RCMP and the Vancouver Police Department are working together, they haven’t had any luck locating a serial robbery suspect from a January crime spree in Metro Vancouver.

Richmond RCMP sent a news release asking the public for help identifying the suspect “responsible for a series of robberies in the downtown core” on January 15.

The plea didn’t result in an arrest or identification, and now two months later, Vancouver police are asking for help.

#VPDNews: Vancouver Police today released a picture of a man who allegedly committed a string of robberies in and around Vancouver.

“VPD began investigating on January 15, after the man allegedly brandished a knife a demanded cash from two businesses in Vancouver – the same day he committed five robberies in Richmond,” says the VPD statement.

“The first Vancouver incident occurred around 6:45 pm at the Marine Gateway Liquor Store, near Southwest Marine Drive and Cambie Street. The employee called 911, and the suspect fled before getting any money.”

About 30 minutes later, the same man apparently entered the London Drugs at Granville and Georgia streets and demanded cash.

VPD Constable Tania Visintin describes the suspect as a white man between the age of 25 and 35. He has short hair, either a mustache or a full beard, and was last seen wearing a black jacket, white t-shirt, and dark pants. He may also have a “potbelly.”

The suspect is somewhere between about 5’7″ and 5’10” tall, Richmond RCMP said.

“VPD is working with investigators from Richmond RCMP and other police agencies to solve these crimes,” said Visintin.

“There are many other investigative steps that are taken when it comes to complex, multi-jurisdictional investigations,” she added in an email to Daily Hive Vancouver.