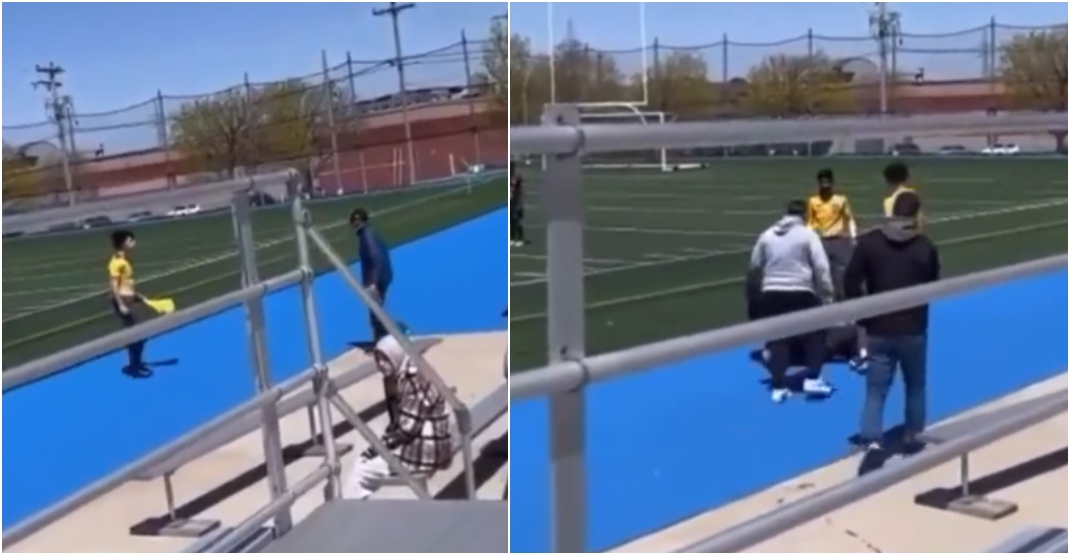 A viral video of a physical altercation between a soccer referee and a parent has begun making waves on social media.

The video, which was reportedly taken in the Montreal suburb of Dollard-des-Ormeaux, shows a heated exchange between a 17-year-old linesman and an adult spectator during a soccer game during a youth soccer game.

As the video begins, we see a man, most likely a parent of one of the players, verbally insulting the young referee from the stands. He soon makes his way down to the pitch. The verbal barrage quickly turns physical as he strikes the teen in the face.

The boy pushes the man back, standing his ground. And the two engage in a fistfight until fellow spectators rush in to break it up, tackling the man to the ground.

The Twitter user who posted the video over the weekend provided an update on Monday. According to him, the incident took place during a U14 match between Saint-Laurent and Haut-Richelieu.

On Monday, Soccer Quebec confirmed the age of the players on the field and released a statement denouncing the aggressive act. “I unreservedly denounce this aggression,” said Mathieu Chamberland, the organization’s general manager, in a written statement. “I remind you that there is no reason, really no reason, which justifies the attack of an official. It is zero tolerance.”

As of now, Montreal’s police force has not made any arrests.