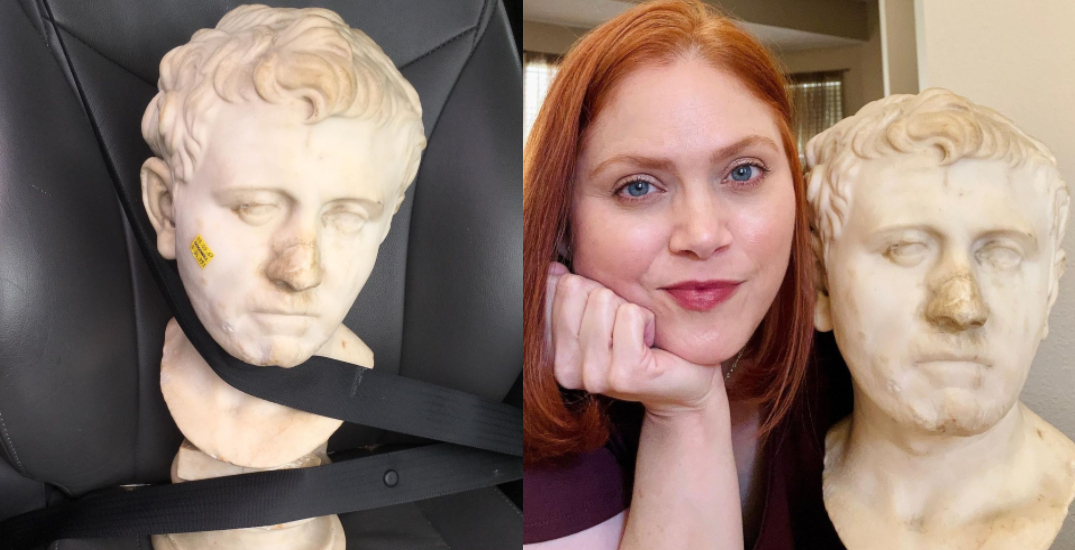 One person’s trash in another’s treasure, and every ardent thrift store shopper deeply understands this — but the phrase got too real for one Goodwill customer.

Austin, Texas resident Laura Young was browsing a Goodwill location in Northwest Hills in 2018 when she came across an antiquated marble bust priced at US$34.99.

“He looked Roman. He looked old,” Young told San Antonio Express-News. “In the sunlight, it looked like something that could be very, very special.”

Young is an antique collector. One glance at her Instagram page — which is filled with photos of stunning old jewelry, vases, paintings, and all things vintage — could tell you she takes her work very seriously and is passionate about it.

This collector’s intuition had just guided Young to the purchase of a lifetime.

Young had the 52-pound piece assessed by multiple evaluators, and finally, a Sotheby’s consultant told her it was actually a Roman bust that was around 2,000 years old.

“It looked great in the house,” Young told NPR’s Austin Station KUT. She put it on display near the entryway of her house and even gave him a nickname — Dennis Reynolds, the notoriously narcissistic It’s Always Sunny in Philadelphia character.

“He was attractive, he was cold, he was aloof. I couldn’t really have him. He was difficult. So, yeah, my nickname for him was Dennis,” she said.

How the historical bust got to Texas is a mystery, but we know that it was once owned by King Ludwig I of Bavaria.

“My nearly four-year relationship with a 2,000-year-old Roman portrait head owned by King Ludwig I of Bavaria and looted from the Nazis by the allies/Americans in WWII has finally come to an end and I can FINALLY blab about him! ” she wrote. “If you know me personally you know I have a big mouth so this has been hard 😂.”

Young further added that the piece is on loan with San Antonio Museum of Art until next year. She also posted a video showing her friend Dennis at the SAMA.

In an interview with the New York Times, Young said that she’s returning the bust to its hometown of Bavaria, where it would be displayed with her name included in its informational signage.