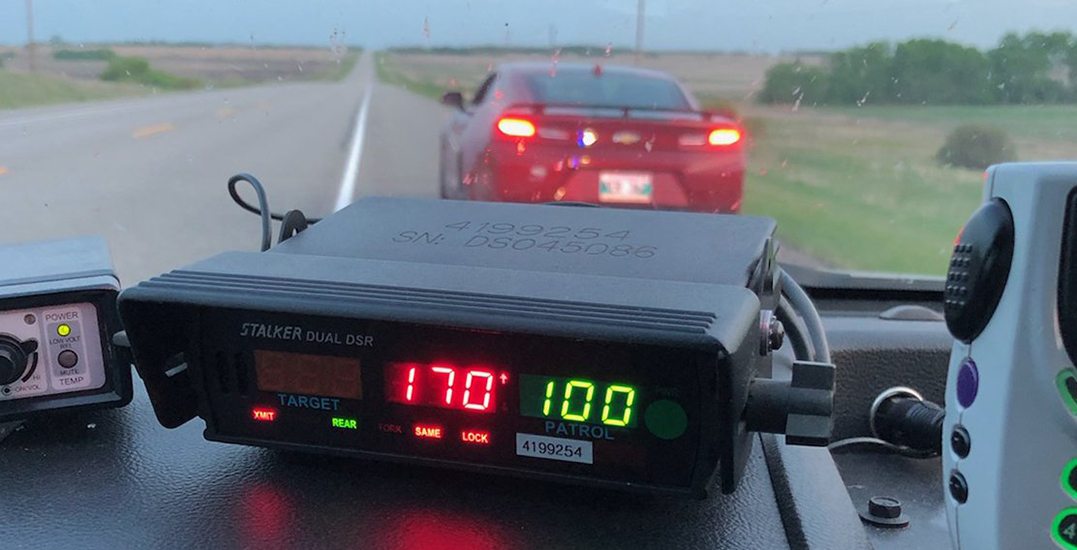 A teen driver won’t be getting back behind the wheel anytime soon — especially after this ridiculous stunt.

Upon being asked, the teenager explained that he had eaten “too many hot wings and needed a bathroom.”

Police responded with a hefty fine totalling $1,169. That includes $966 for speeding and an additional $203 for driving without a supervising driver.

The teen also received 12 demerits, which results in a $1,400 premium on his driver’s license, according to Manitoba Public Insurance (MPI). MPI will also decide whether or not he has his license suspended.

This 16-year-old’s excuse for going 170 km/h in a Camaro? “Too many hot wings & needed a bathroom”. Fined $966 for speeding + $203 for driving w/o a supervising driver. Absolutely #noexcuses for that kind of speed. #rcmpmb pic.twitter.com/oXe78AAUgc

Normally, the car would have been towed but RCMP says in this case, it was arranged for an adult to pick up the car.

After the hefty fine, let’s hope this teen has enough to pay for a bus pass.