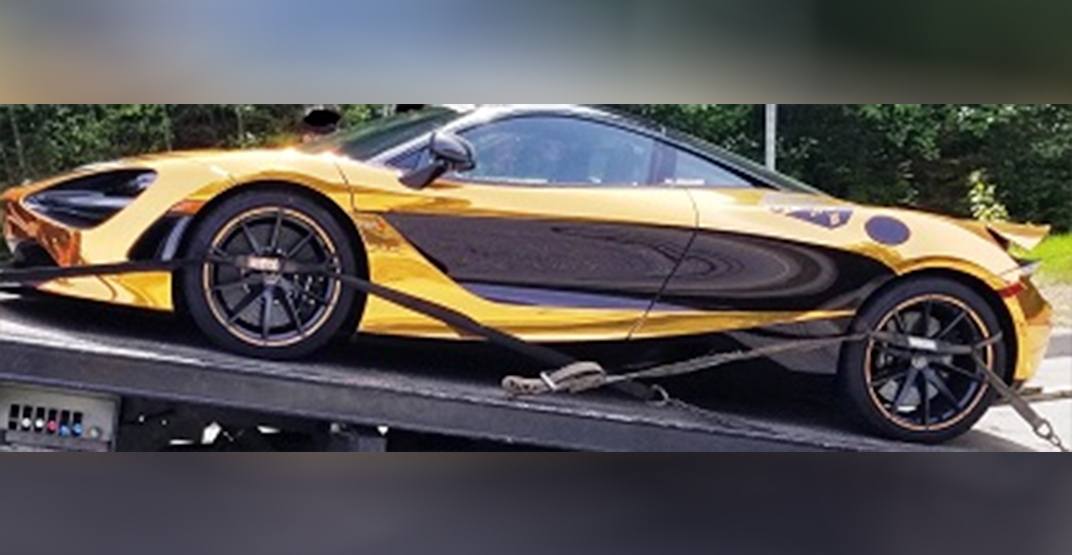 It seems once just wasn’t enough for the driver of a high-end supercar on the Sea-to-Sky Highway this weekend.

According to Squamish RCMP, police were conducting enforcement on Highway 99, near Porteau Cove this past Saturday, when a 2018 McLaren 720S – which officers noted costs over $15,000 a year to insure – was stopped for going 151 km/h in the posted 80 km/h speed zone.

Upon further investigation, police found that the driver of the vehicle was classified as a Novice, or “N” driver.

They also found that the $462,000 vehicle had previously been impounded for the exact same reason.

The stop was part of traffic blitz by the RCMP, who noted that that they stopped five other vehicles for similar infractions on the same day.

“Police would like to remind motorists that speeding is considered one of the high risk driving behaviours that leads to injuries and fatalities on BC’s highways,” said Squamish RCMP Cpl. Mike Halskov.

Police also noted that May is designated as High Risk Driving Month in BC.

As such, they suggested “five easy things all drivers can do to lessen their risk of being involved in a serious crash – or worse.”  These steps include:

Here’s hoping this McLaren driver gets the message the second time around.