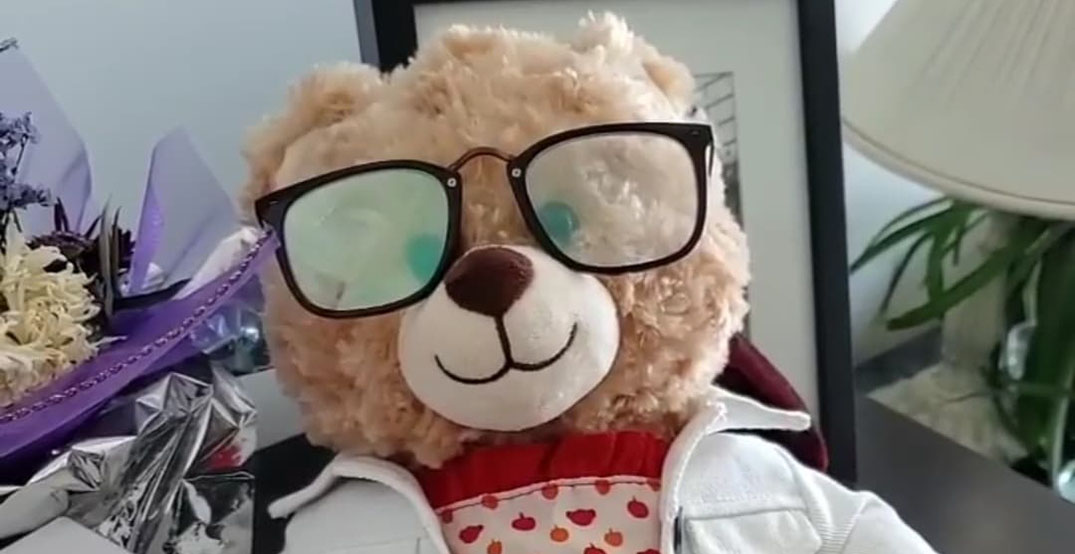 A very sentimental teddy bear has been returned back to its owner, Mara Soriano.

Soriano and her financé were moving into their new apartment in Vancouver, last week when a thief stole her black Hershel backpack.

Among the other valuables in the bag–iPad, Nintendo Switch, and a Google Home–was a custom Build-A-Bear that contained a voice recording of Soriano’s mother, who passed away from cancer last year.

As her mother’s condition worsened, her voice changed. Soriano told Daily Hive that the teddy bear’s recording was the last memory of how her mother sounded when she was healthy.

Now, the bear has been returned without a scratch. “Two kind samaritans returned her to us in a safe space, voice is there, just no glasses,” Soriano said.

Celebrities like Ryan Reynolds, Dan Levy and Kelly Ripa and her husband Mark Consuelos all assisted in the search.

Reynolds even offered a $5,000 reward to anyone who returned the bear to Soriano. He thanked everyone who searched for the bear Wednesday, in a tweet.

“Thank you everyone who searched high and low. To the person who took the bear, thanks for keeping it safe. Vancouver is awesome,” he said.

In happier news… thank you everyone who searched high and low. To the person who took the bear, thanks for keeping it safe. Vancouver is awesome. #FoundMarasBear https://t.co/X7FlyiR89P

Before the teddy bear was returned, Build-A-Bear and Hershel contacted Soriano about replacing the stolen items.