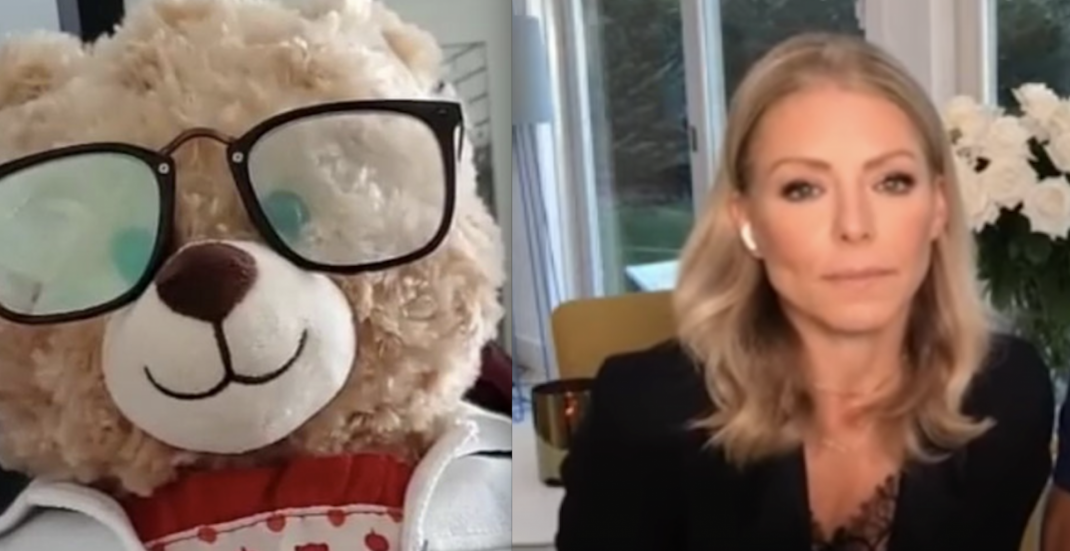 Kelly Ripa and her husband, Mark Consuelos, are the latest celebrities to ask for the safe return of a Vancouver woman’s missing sentimental teddy bear.

On Tuesday’s episode of Live with Kelly and Ryan, Consuelos — Ripa’s co-host for the day —  brought up the topic of Mara Soriano’s custom Build-A-Bear, which was stolen last week in Vancouver.

The custom Build-A-Bear was inside her black Herschel backpack when a thief took it on Friday. The bag was leaning against Soriano’s U-Haul truck while she and her fiancé moved into their new apartment in Vancouver.

The bear contains a voice recording from Soriano’s mother, who died of cancer last year. She said her mother’s voice changed as she became more ill, and the bear’s recording is the last memory she has of how her mother sounded when she was healthy.

“Hey, did you hear about the missing teddy bear in Vancouver,” Consuelos asked, explaining the situation to Ripa.

“If you have that teddy bear, please return it. That is precious, no questions asked I’m sure” said Ripa.

“Look, if you’re in Vancouver and you see a teddy bear on the side of the road, it’s probably this person’s teddy bear, take it to the authorities. Or, you know what? Call Ryan Reynolds,” said Consuelos, referring to the $5,000 reward offered by Reynolds to anyone who returned the bear to Soriano.

“The thief can take the iPad, the Switch, the Google Home. Just give back the bear. No questions asked. No charges,” Soriano told Daily Hive in a phone interview earlier this week.

On Tuesday morning, Soriano announced that both Build-A-Bear and Herschel got in touch with her about replacing the stolen items. An audio copy of her mom’s voice recording will be added into the replacement bear.

Hey everyone! Build-a-bear got in contact with me and so did Herschel about replacing the things that were taken. I know it won’t be the same bear that my mom made with her own hands, but now it’ll remind me of her AND the time the world came together for us for a few days. ❤️