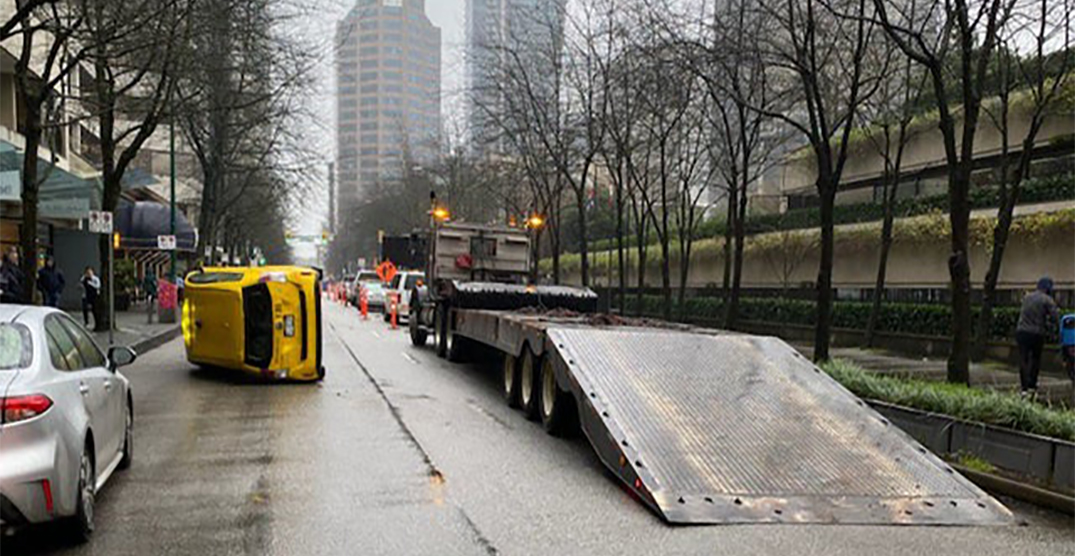 A taxi driver in downtown Vancouver drove up a ramp and flipped his car over Tuesday morning in an unfortunate mishap, according to Vancouver police.

The ramp was attached to the back of a semi truck on Hornby Street, parked outside the law courts, and passersby snapped photos of the flipped-over taxi and posted them online.

“It appears the cab driver did not see the ramp and accidentally flipped the car on its side,” Sgt. Steve Addison with the Vancouver Police Department told Daily Hive.

Daily Hive has reached out to Yellow Cab for comment, but has not yet heard back.

Some people who saw the photo online commented that the taxi driver was maneuvering video-game style, while others questioned how he mistook the ramp for the road.